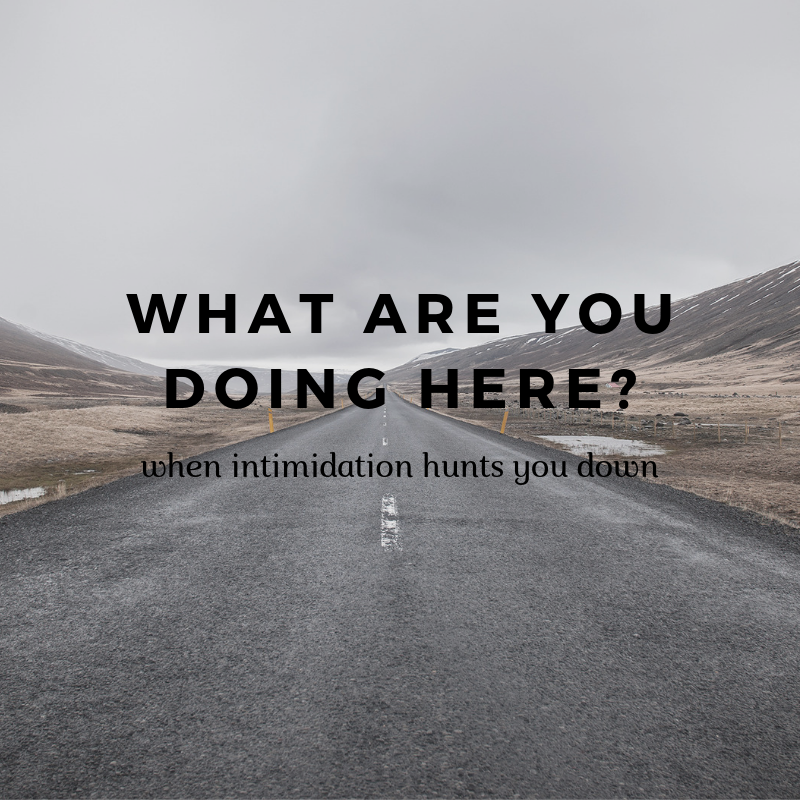 What are you doing here? – When intimidation hunts you down

Have you ever felt like running? I’m not talking about squeezing into Lycra and lacing up your Nike’s while putting in your ear buds ready to listen to your favourite track as you take a jog through the park. I’m talking about wanting to run away from the spirit of intimidation.

You know, that feeling you get when you’ve felt intimidated by someone? That feeling where you physically look like a fully-grown adult on the outside, but on the inside they have made you feel as though you’re 12 years old again?

You just want to run and hide, right?

If you feel as though intimidation has hunted you down, chances are you have encountered the spirit of Jezebel. And you’re not alone.

Remember Elijah the Prophet in the book of Kings? He told everyone they would have a drought and it wouldn’t rain again except at his word. And it did. This same prophet helped out a widow and her son by supernaturally giving them a never-ending supply of flour and oil. Amazing! But what’s more amazing is that same widow told Elijah her son had died and he brought him back to life!

Elijah, a great man of God who fearlessly took on the giants of poverty and lack and defeated them all.

However, Queen Jezebel heard about Elijah and so she sent him a message. “The gods will get you for this and I’ll get even with you! By this time tomorrow you’ll be as dead as anyone of those prophets.” 1 Kings 19:2

So Elijah ran and ran and ran. Eventually he found a nice, safe cave to hide in. Away from nasty old Jezebel. While he was in the cave, he heard a voice asking him, “What are you doing here, Elijah?” 1 Kings 19:9

Has God ever asked you the same question? You’ve done great and bold things for God. But now the spirit of intimidation has reared its ugly head and you’ve found yourself hiding in a cave, terrified to come out.

It says in 2 Timothy 1:7 “For God has not given us a spirit of fear, but of power and of love and of a sound mind.”

Know this. Satan has got you on his radar. And he will use every intimidation dart to fire at you to stop you fulfilling your God-given purpose.

When you’re hiding in a cave you shouldn’t be in, God isn’t going to pat you on the back and say, “There, there, it’s okay. You can hide in this cave until that mean old spirit of intimidation passes by you and you can come out from your hiding place.”

You won’t fulfil your calling if you’re a cave dweller.

It says in Psalm 16:8, “He is ever present with me; at all times He goes before me. I will not live in fear or abandon my calling because He stands at my right hand.”

If we abandon our calling then the spirit of intimidation roams free and our gifts lie dormant. Elijah had to come out of the cave and face the intimidation that was hunting him down.

And you can too. Learn to lean on God and trust Him to help you stand up to the spirit intimidation!