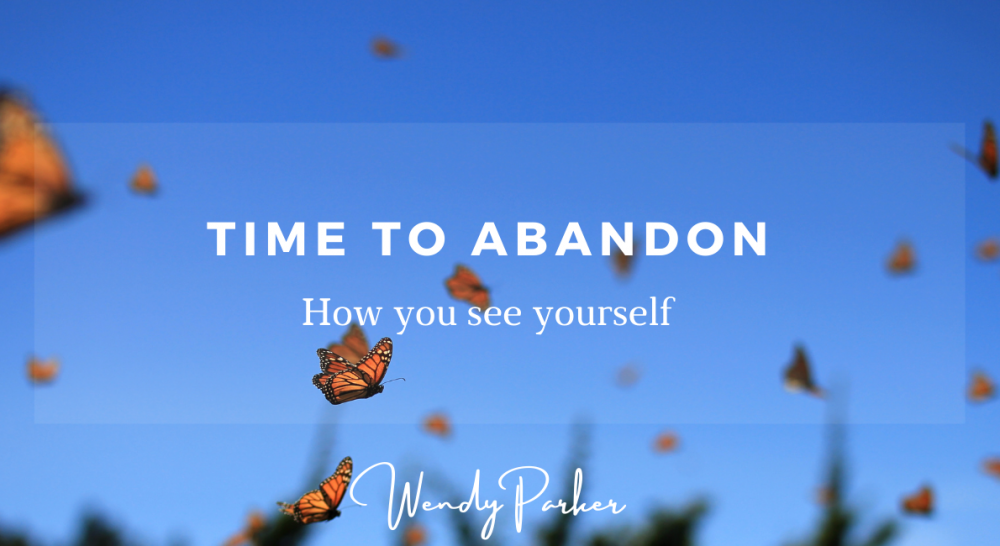 Time To Abandon How You See Yourself

Do you know that every time you look in a mirror, you’re seeing a reversed version of yourself? I know, this mind-blowing piece of useless information comes as no surprise to you my clever little friend. But what if I said that same clever mind of yours has been so bombarded by lies about who you are that what you’re seeing is a reversed version of how God sees you. If you want to accomplish more than you ever thought possible perhaps it’s time to abandon how you see yourself.

One of Jesus’ most famous miracles was healing the crippled man beside the pool of Bethesda in John chapter 5. ‘Now there was a man who had been disabled for thirty-eight years lying among the multitude of the sick. When Jesus saw him lying there, he knew that the man has been crippled for a long time. So, Jesus said to him, “Do you truly long to be healed?”

Jesus was saying to the man that after thirty-eight crippling years it was now time to abandon how he saw himself. This man had been looking at his reflection in the pool for so long that he had become a reversed version of who he used to be. The question Jesus asked dealt more with an internal problem rather than the external one.

‘The sick man answered him, “Sir, there’s no way I can get healed, for I have no one who will lower me into the water when the angel comes.” John 5:7

Notice the man never answered Jesus’ direct question with a direct answer? He’d spent so long allowing excuses to keep him locked in the reversed version of how he saw himself that he wasn’t willing to let go. He wasn’t willing to abandon the familiar for the promise of a new life. Internal struggles, if you allow them, can become far more crippling than external issues we are facing.

This theme goes right back to the Old Testament. Did you know that it took the Israelites thirty-eight years to travel from Kadesh-barnea to the Zered Valley? (Deuteronomy 2:14). They wandered for thirty-eight years in the wilderness, which was the exact number of years the crippled man had been sitting beside the pool.

Coincidence? I think not…

Just like the Israelites, this man had been wondering who he really was for far too long, and Jesus was asking if he was ready to abandon how he saw himself and take hold of the extended grace God was offering. By closing the gap in his thinking, Jesus was shifting the man’s mindset from relying on the angel to stir the life-giving waters to believe that the Life-Giver Himself was the One standing in front of him.

Perhaps it’s time to abandon how you see yourself? You’ve been so fixated on someone other than God to rescue you from your condition that you’ve not only seen a reversed version of yourself but of God too. Laying by a pool is great when you’re on holiday, but don’t make it a lifestyle! Let God do an inward work that can help change the way you see yourself.

Strongholds stop you from doing all that because when you look at yourself in the mirror and listen to the lies of the enemy, you’re seeing a reversed version of who God says you are and then your faith becomes crippled.

When the Israelites stopped seeing a reversed version of themselves and believed who God said they were, they could step out in faith into what God had promised. And if you want to take back every single inch of the promised land that the enemy has stolen from you then don’t you think it’s time to abandon how you see yourself and pick up your mat and walk?

When has God showed up in your circumstances and asked you a direct question? Like the crippled man, did you make excuses or did you ‘pick up your mat and walk’?

I pray that when you look in a mirror, you will be reminded that it’s just a reversed version of who you truly are, and I believe that God will help you change how you see yourself, so you don’t settle for anything less than God’s best.