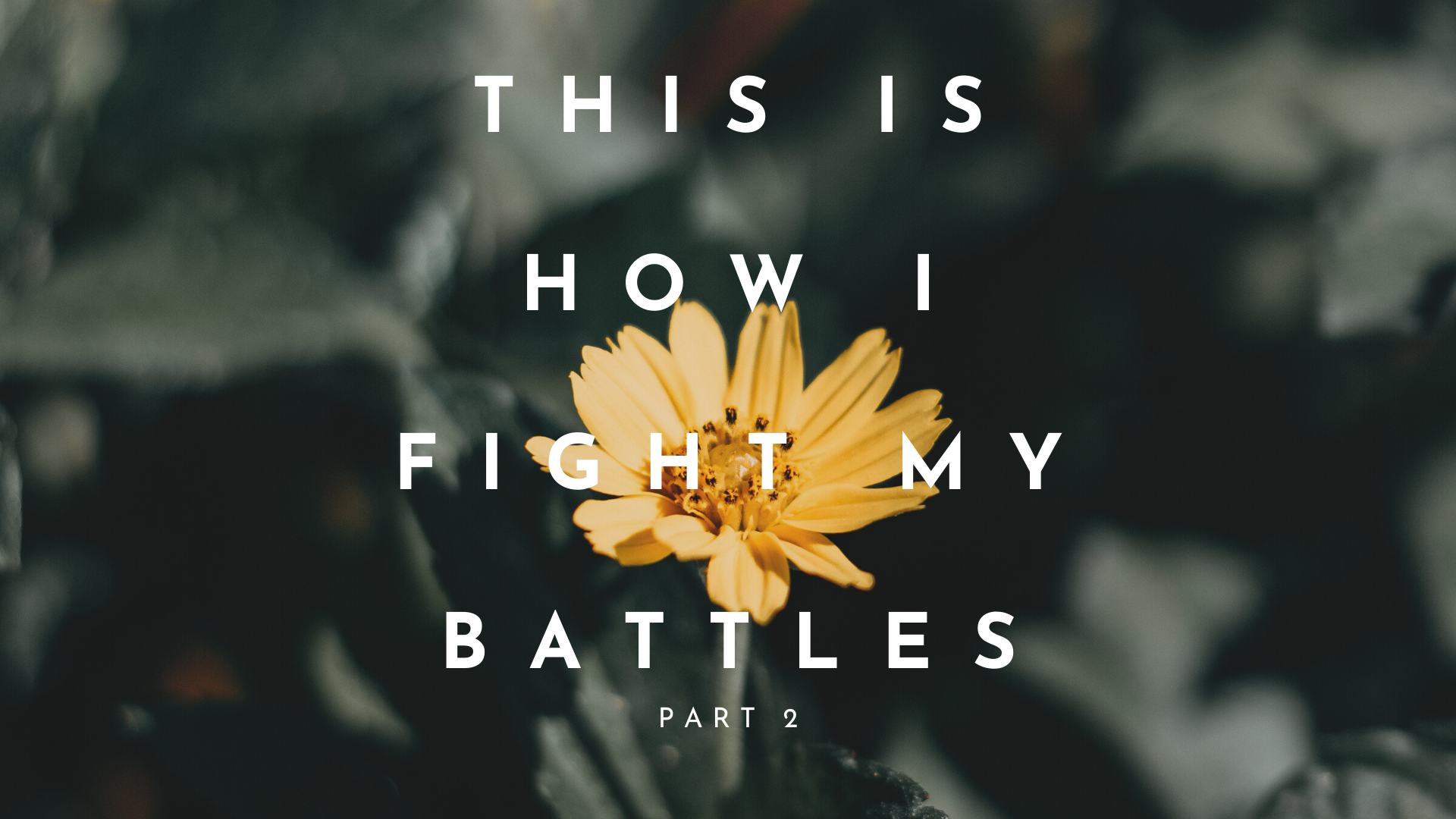 This Is How I Fight My Battles – Part 2

Last week I shared in my, This Is How I Fight My Battles – Part 1 post, how worship is a powerful weapon when we are struggling with fear, doubt, and worries during the midnight hour. Raising battle-scarred hands not only helps set you free but others can be set free too as we found out in the story of Paul and Silas in Acts chapter 16. But what if that surrender, that posture of worship could be found in another weapon that your enemy doesn’t want you to know about? What if remembering something that your enemy would rather you forget is how you fight your battles?

If you’ve been reading my posts for a while, you’ll know that I take communion regularly. This is how I fight my battles because a few years ago, my mum had a routine mammogram, and they found a lump in her breast. The doctor told my mum that she had breast cancer. After getting over the shock that cancer had come knocking at my family’s door, a friend at church, who’d not been well for a long time, found out she too had cancer. So, I was faced with my mum and my friend both fighting for their lives. But I had a weapon to hold onto while they were in their prison cells of pain and disease. Communion.

Thankfully, both are now cancer-free, and I thank God for His miracles. But communion is not a formula, it’s a posture of worship and surrender regardless of our circumstances. Over the years I have prayed and prayed for some friends to be healed and they didn’t get healed and it was heartbreaking. However, I still testify to God’s faithfulness and goodness, and I choose to fight my battles with communion regardless of the outcome.

The powerful story of Paul and Silas found in Acts chapter 16 is where they chose to fight their battles with praise and worship even though their situation looked grim, and in Genesis chapter 39 and 40 we find Joseph, another prisoner who chooses to have a good attitude regardless of his circumstances.

‘The jailer put Joseph in charge of all the prisoners who were confined there…The chief jailor, like Potiphar, didn’t need to worry about anything that was in Joseph’s care because the Eternal One was with him…Sometime later, the cupbearer of the king of Egypt and his baker both offended their lord, the king of Egypt…so he put the chief cupbearer and the chief baker in custody…in the same prison where Joseph was confined.’ (Genesis 39:22-23 and Genesis 40:1-3)

So, how do a cupbearer and baker in Joseph’s story help us to fight our battles with communion? Interestingly, the cupbearer and the baker are seen as symbols of communion in the story. Joseph was able to interpret dreams, and as he predicted, the cupbearer was restored by the king of Egypt in three days, but the baker was executed and left hanging on a tree for the birds. To Egyptians, this was terrible because instead of the baker’s body being entombed so he could go to the afterlife, they believed that he would face eternal oblivion.

Amazingly, this story echoes the power of restoration and what Jesus did for us as He sacrificed Himself for our salvation on the cross. God was with Joseph even though his circumstances looked bleak, and the wine and bread parallels found in the characters of the cupbearer and the baker were key players in the story, eventually setting Joseph free from his prison cell so he could live out God’s promise on his life.

The symbolic emblem of the Last Supper, which by the way, hadn’t happened yet because the story of Joseph is Old Testament, showed God was going to redeem Joseph even in his moments of wondering if God has forgotten him. And as readers of this story, it reminds us that God is with us even when our circumstances look nothing like what He has promised us. Remembering what Jesus did for us and understanding the restoring power found in the wine and the bread is what paves the way for miracles. I don’t know about you, but I love the fact that I get to tap into that power each day!

Communion is how I fight my battles. What weapons do you use when it comes to spiritual warfare?

Paul, Silas, and Joseph were all willing to take courageous steps to see the power of God move in their lives. So, what does your next courageous step in fighting your battles look like?

Why not join me in my short course on, How To Unlock The Power Of Communion and discover the 5 keys to unlocking the power of communion.

Just click on the ‘courses’ button on my home page!