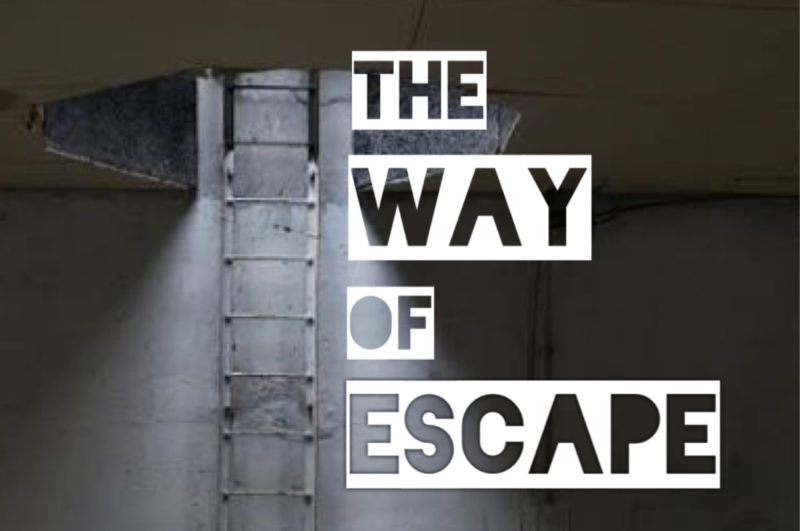 The Way Of Escape

Have you ever watched that U.K. program called

Escape to the Country?

The concept is that a couple have decided

They want to escape the rat race of London

Room to breathe in all that ‘country air’

Enjoy a drink at the village pub

At the local village hall

This is their way of escape

So, the host of the show finds three houses plus a ‘mystery’ house

For the couple to look around

All closely within their budget

To find houses that fit the couple’s requests and requirements

THE WAY OF ESCAPE

One gorgeous house after another

They find ‘something’ just doesn’t quite suit them

Too many cow pats

I’m going to stop right there

Because we could be here for days

Which is how long it takes

For the couple to reach the conclusion

That the pokey little bedsit they currently live in

With the outside toilet

And the great outlook of Heathrow Airport runway

From their lounge window

Is not so bad after all

That you wanted to ESCAPE to the Country?!

They just can’t bring themselves to move

Deep down in their core

They want to take the leap

Fear holds them back

The trials that they are experiencing right now

In an odd sort of way

So, they don’t take the way of escape

That is offered to them

‘We all experience times of testing, which is normal for every human being. But God will be faithful to you. He will screen and filter the severity, nature, and timing of every test or trial you face so that you can bear it. And each test is an opportunity to trust him more, for along with every trial God has provided for you a way of escape that will bring you out of it victoriously.’

When you’re in a trial

God provides a way of escape

Isn’t that just running away from your trials?

No, because it says

Each test is an opportunity

To trust Him (God) more

And the way of escape will bring you out of it

Think of Joseph in Genesis chapter 39

When he escaped Potiphar’s wife’s advances

God knew he would leave behind his cloak

And this was all the evidence Potiphar’s wife needed

For her lies to be believed by her husband

But this was all part of God’s Master plan

This was God providing the way of escape for Joseph

Because He needed Joseph’s surroundings to change

Joseph ended up in prison!

God needed him in the palace prison

Otherwise he would have never of met

The chief baker and the cup-bearer

Who eventually introduced Joseph to Pharaoh

And Pharaoh made Joseph Prime Minister over Egypt!

The cloak had to be left behind

For Joseph to be positioned in the right place

Ready for his calling

So, the question is

Has God provided for you the way of escape?

What do you need to leave behind

To step into your calling?