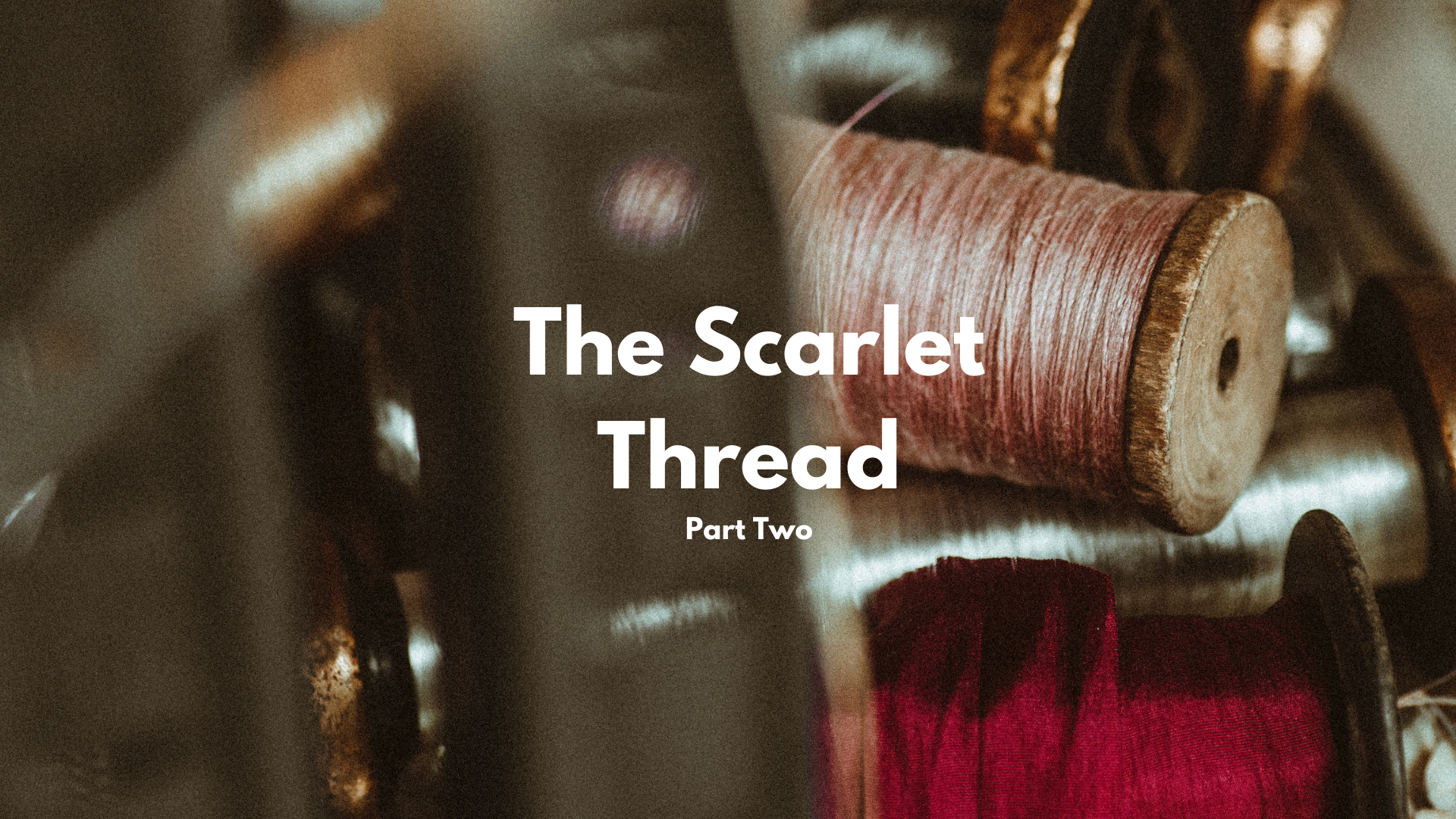 Last week I shared in The Scarlet Thread Part One, how the shameful wounds from our past can cause us to feel unqualified from having any kind of relationship with God. However, all He is looking for is obedience and total dependence on Him so we can live in victory and freedom from our past. I talked about, Rahab, a prostitute in the Old Testament, whom God selected to play a pivotal role in the story of how Joshua conquered the city of Jericho and this scarlet woman was led to the scarlet thread, propelling her toward her future that changed her life forever. So, this week we will move into the New Testament and pick up the scarlet thread in Mark chapter 5.

The heading Bible scholars have used in the text is, ‘A dead girl and a sick woman’ as the writer, Mark, joins these two women together by a common thread. Each story is about uncleanliness, but on a deeper level, each miracle is about a person recognising the power of Jesus because they chose to follow the scarlet thread.

‘When Jesus had again crossed over by boat to the other side of the lake, a large crowd gathered around him while he was by the lake. Then one of the synagogue rulers, named Jairus, came there. Seeing Jesus, he fell at his feet and pleaded earnestly with him, “My little daughter is dying. Please come and put your hands on her so that she will be healed and live. So, Jesus went with him.’ Mark 5:21-24 (NIV)

Jairus, was an important, prominent member of the Palestine community, and his twelve-year-old daughter was dying. Jairus was desperate for a miracle. Not only was he lamenting over the loss of his beloved daughter, but he was also grieved by the fact his daughter was going to die unmarried with no social status or standing within the community. This was deemed a tremendous tragedy for the whole family and Jairus clearly felt this when he approached Jesus.

Because he was one of the rulers of the synagogue, Jairus would have known the laws of the ancient scrolls inside out and upside down. “Whoever touches a dead body of anyone will be unclean for seven days. He must purify himself with the water on the third day and on the seventh day, then he will be clean.” (Numbers 19:11-12.) For a prominent man like Jairus to fall at the feet of Jesus meant he was a desperate, humbled man who realised Jesus had much greater status than himself, much greater power than the Old Testament laws he had lived by all his life, and far more influence than the rulers of the synagogue. Jairus knew he had found the scarlet thread that could lead his daughter along the path toward her victory and freedom.

Then, a coincidence happened. Well, not really, because there are no coincidences with Jesus. On the way to the unclean corpse, Jesus encounters another “unclean” woman, who touched the threads of His robe for hoping for a miracle.

‘A large crowd followed and pressed around him. And a woman was there who had been subject to bleeding for twelve years. She had suffered a great deal under the care of many doctors and had spent all she had, yet instead of getting better, she grew worse. When she heard about Jesus, she came up behind him in the crowd and touched his cloak, because she thought, “If I just touch his clothes, I will be healed.” Immediately her bleeding stopped and she felt in her body that she was freed from her suffering.’ Mark 5:24-29 (NIV)

Again, the laws surrounding uncleanliness and impurity for a woman meant she was not permitted to touch anyone, otherwise, they will become ceremonially unclean, ‘When a woman has her regular flow of blood, the impurity of her monthly period will last seven days, and anyone who touches her will be unclean till evening. Anything she lies on during her period will be unclean, and anything she sits on will be unclean.’ Leviticus 15:19-20. However, this woman’s faith took hold of the scarlet thread which led her along the path toward her victory and freedom.

One dying in a bed and the other dying of embarrassment.

Both desperately needed to find the scarlet thread that would change their lives forever.

‘At once Jesus realised that power had gone out of Him. He turned around in the crowd and asked, “Who touched my clothes?… Then the woman, knowing what had happened to her, came, and fell at His feet and, trembling with fear, told Him the whole truth. He said to her, “Daughter, your faith has healed you. Go in peace and be freed from your suffering.” While Jesus was still speaking, some men came from the house of Jairus, the synagogue ruler. “Your daughter is dead,” they said. “Why bother the teacher anymore?” Ignoring what they said, Jesus told the synagogue ruler, “Don’t be afraid; just believe.” Mark 5:30-36 (NIV)

The scarlet thread that runs between the two stories of Jairus’s daughter and the woman with the issue of blood is to be noted.

What about you, dear friend? Have you found the scarlet thread that has the power to change everything in your life?

Do you long for a faith that has the courage to take hold of the scarlet thread and lead you along the path toward your victory and freedom?

Jesus. I want to follow Your scarlet thread that leads me toward my victory, freedom, and healing. Restore me, cleanse me, set me free from the wounds of my past. Please guide me in every step along the path toward the scarlet thread. Your blood, Your sacrifice, that was shed for my salvation and redemption has dealt with every one of my “issues”. I will no longer be afraid; I will simply believe. Amen.