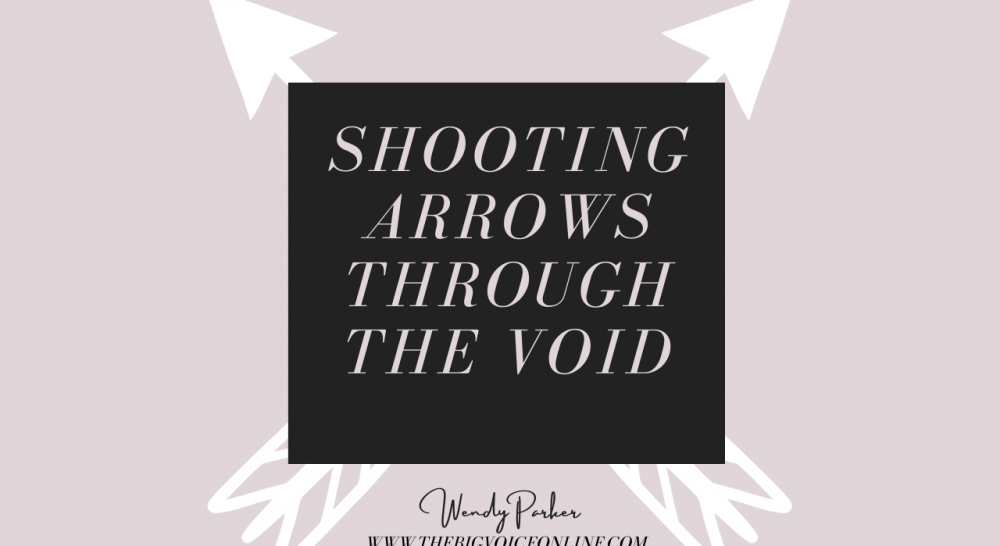 Shooting Arrows Through The Void.

Experienced hunters are so committed when it comes to blood trailing an elk that they are more than willing to stay out for days in thick, dense forest, looking for hair or blood on shrubs that give them clues of where a wounded elk could be. Shooting arrows through the void of the vacant space that sits between themselves and their goal, knowing full well there is a real possibility that they can go home empty-handed.

Nevertheless, all these obstacles do not stop them from pursuing the prize. So, what’s the key to this unwavering, relentless attitude? Hunters do not give up easily, and if we are to gain victory in our lives we need to not stop short of the promises God gave to us when we feel like we’re just shooting arrows through the void.

In 2 Kings chapter 13, we find King Jehoash approaching the ailing prophet, Elisha. ‘Jehoash king of Israel went down to see him and wept over him. “My father! My father!” he cried. “The Chariots and horsemen of Israel!” Jehoash was in desperate need of a victory. His frantic cry to the prophet was because Israel’s forces had been severely reduced to a few horsemen and even fewer chariots.

Elisha said, “Get a bow and some arrows,” and he did so. “Take the bow in your hands,” he said to the king of Israel. When he had taken it, Elisha put his hands on the king’s hands. “Open the east window,” he said, and he opened it. “Shoot!” Elisha said, and he shot. “The Lord’s arrow of victory, the arrow of victory over Aram!” Elisha declared. “You will completely destroy the Arameans at Aphek.” Then he said, “Take the arrows,” and the king took them. Elisha told him, “Strike the ground.” He struck it three times and stopped. The man of God was angry with him and said, “You should have struck the ground five or six times; then you would have defeated Aram and completely destroyed it. But now you will defeat it only three times.” (2 Kings13:15-19)

Jehoash did everything right. He was obedient to the instructions Elisha gave him. He took the arrows and struck the ground. Firing each arrow into the void brought him closer and closer to a full victory. However, he stopped after just a few times of shooting when he was so close to his breakthrough.

J.W. Olley in his commentary, A Cluster of hope in God.” Journal for the study of the Old Testament, suggests this story is a parallel to when Elisha inherited the prophet Elijah’s mantle. In a few chapters before in 2 Kings 2:12, Elisha says the same sentence as Jehoash when Elijah is taken up to heaven by a chariot of fire, “My father! My father! The chariots and horsemen of Israel!” Olley suggests that Elisha is wanting a response from king Jehoash through this prophetic act of striking the ground with his arrows. As Elisha is nearing death, he knows his time is short and he’s looking at the king to carry on his prophet mantle.

Even though Elisha put his hands on the king’s hands while he shot the arrows which could possibly be a sign that he was helping him step into his future, the king fell short of the promise because he stopped shooting his arrows through the void. Maybe Jehoash couldn’t see the significance of what Elisha was asking him to act out? Perhaps. But one thing is clear, God will bring a victory even in our human failings, even when we feel depleted and inadequate, even when we know we have stopped shooting our arrows because we are scared of the vacant space that confronts us.

Pastor Erwin McManus ponders this thought of giving up too soon by saying, “how many victories are lost before the battle has even begun…how many times in my own life I thought I’d failed but actually the only thing that happened was that I quit.” Unfortunately, I can relate to that statement. So many times I’ve stopped shooting my arrows through the void, not realising that I was so close to a breakthrough and a complete victory. But instead of shooting all my arrows I just shot a few and only saw a partial victory because I was afraid of the void.

Failure and quitting are two separate things, and the trouble is that we merge these two concepts into one. As a result, we stop shooting our arrows through the vacant space between defeat and victory and miss out on the promise. But God is faithful and no matter how many times you feel like you’ve failed Him, He will put His hand over yours and teach you through His word how to shoot all your arrows until there is nothing left.

So, take my advice, build up a God-confidence and don’t stop shooting into the void because the more arrows you shoot, the greater chance you’ll have of hitting a bullseye.

Looking back in your own life did you stop shooting your arrows though the void and quit too soon, realising it wasn’t a failure but a lack of trust in what God had promised?