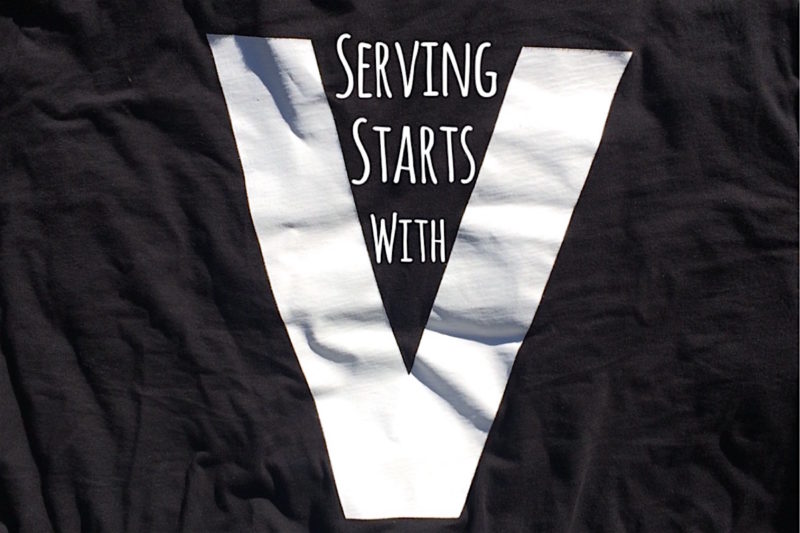 I listened to how his day had gone

Beaming, he told me story after story of all the amazing people he’d met

While listening, I thought

This is what it’s all about

With his big V on his t-shirt, he was having a blast

I know what you’re thinking

Volunteer, that word starts with V

But I think it goes much deeper than that

That’s what serving starts with

You see, when you’ve been left crushed and disappointed

And you’ve been burned from taking risks and stepping out

It can be hard for you to take another step

To put yourself ‘out there’ again

Matthew 25 is the parable of the talents

But the third servant was afraid, and he buried his talent in the ground

The master wasn’t happy with him

“You wicked and lazy servant.”

Fear ruled over his talents

While my husband was serving

She told him it was from her friend, but she was too shy to give it to him

When he got home, we opened the letter together

It was a prayer

This young girl stepped out

And pushed through the fear of rejection

Through the fear of failure

And used her talent of encouragement

It was as though God was saying to my husband

And I witnessed first-hand this week, that no matter how many times you’ve failed

If you keep stepping out and pushing through

God will eventually give you the Victory