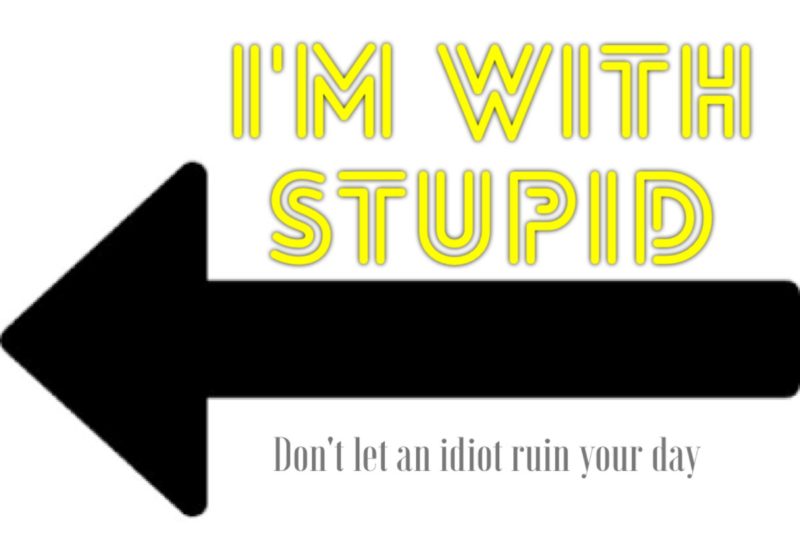 If ever there was a gal who could wear a t-shirt with the slogan, ‘I’m with stupid’

It would be, Abigail

Her story, which is found in 1 Samuel chapter 25

Is more awkward than a #G20 handshake

And her smart thinking, paved the way for her future

Saving David from doing something he may later regret

Not only ruining his day, but his destiny

The only problem was

I’ll fill you in on the story

“When your shepherds were camped near us we didn’t take advantage of them. They didn’t lose a thing all the time they were with us in Carmel.” 1 Samuel 25 7:8

“Nabal, be generous to us because we looked after your men.”

But Nabal, being the fool that he was, sends a message back to David

“Who is this David? Who is this son of Jesse?…Do you think I’m going to take good bread and wine and meat…and give it to men I’ve never laid eyes on?” 1 Samuel 25:10

David says 4 words to his men, which would send a chill through the household of Nabal

“Strap on your swords!”

400 men, ready to obliterate this fool and his household off the face of the earth

When you’re dealing with idiots, it’s easy to ‘strap on your sword’

But, here’s the kicker

God has called you to higher ground

Could not only ruin your day, but the destiny God has planned for you

Wearing her, ‘I’m with stupid’ slogan on her t-shirt

She fell on her knees at David’s feet

Reminding him of his God-honoured life

And how God promised that he, David would one day become King

And he came to his senses

So, the next time an idiot tries to ruin your day

Just think of the story in 1 Samuel chapter 25