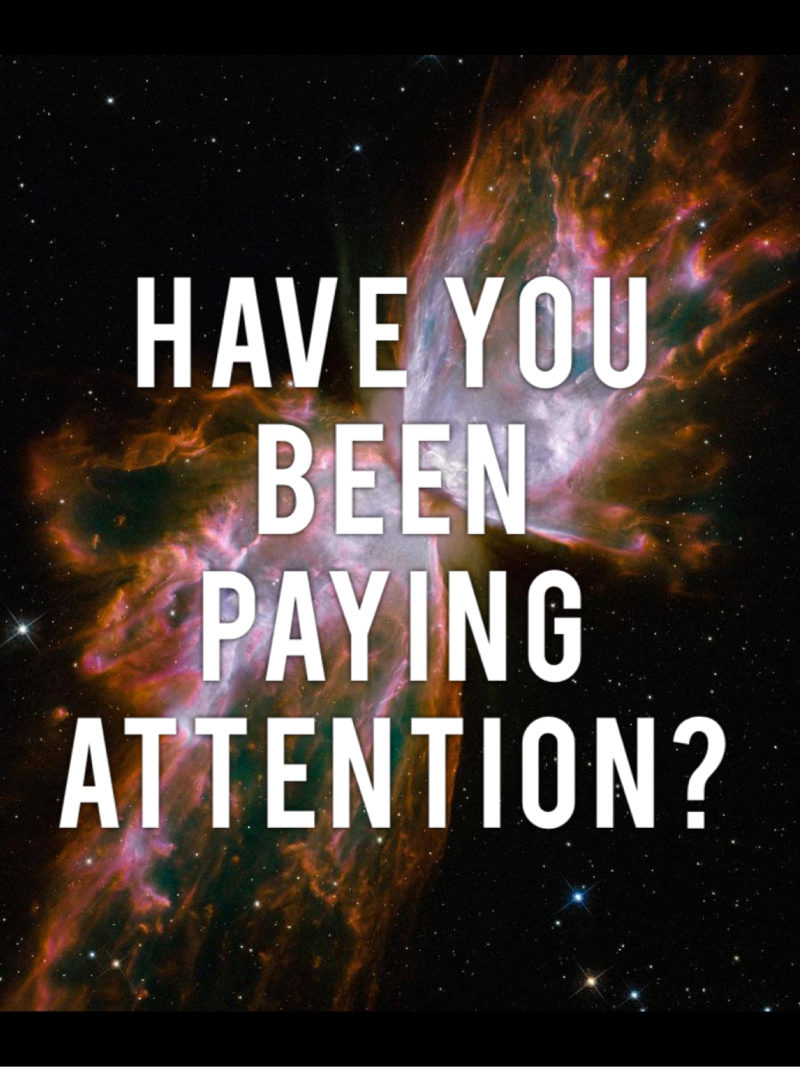 Have You Been Paying Attention?

As we sat on the bench waiting for our daughter and her friend to come out of the movies, myself and my husband engaged in our favourite pastime

This lady was with her family, but she looked so alone

If you’re unfamiliar with the word, ‘phubbing’ I’ll explain

Phubbing; to ignore someone you are with and give attention to your mobile phone instead

As I sat observing this poor lady trying to have some ‘family time’ I noticed the sadness that sat like a heavy cloud across her face.

Her expectations of her family laughing and engaging with each other as they enjoyed each other’s company in the café, had given way to a life of flavourless misery.

I could tell that she wanted to spend time with her family, she wanted them to engage with her and be interested in the hopes and dreams she held in her heart.

If the neck of the glass she was drinking out of was big enough, I’m sure she would have dunked her head into it and drowned herself in her raspberry smoothie

I wanted to get up from the bench, run over and hug her. I wanted to tell her that God gives her His undivided attention. That His thoughts towards her are more than all the grains of sand on a beach. And God could never ‘phub’ her, because she is the apple of His eye.

If I was brave enough

If her husband hadn’t of looked up from his phone, say something to her and then they both laughed

Suddenly her face lit up

Someone at that table finally engaged with her

I wonder if that’s how God feels when we stop ‘phubbing’ and engage with Him?

When we stop getting distracted from the things of this world and start having a conversation with Him?

And if we stop ‘phubbing’ for a while, maybe we could hear what God has to say about the hopes and dreams that are tucked away in our hearts

And get to know Him better

Because He’s waiting at a table, sipping on a raspberry smoothie