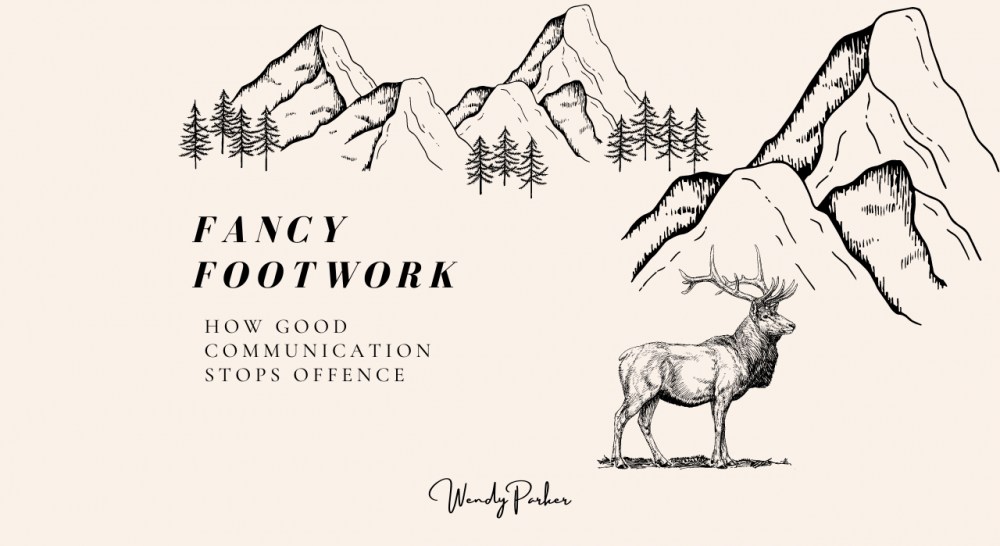 Did you know that an elk’s anklebones make a distinct sound when they walk? This fancy footwork is the primary means of communication and engagement with others. As their ankles crack and pop, it’s believed that this sound is one elk communicating to other elk’s that their approaching from behind them.

I’ve had the privilege of being in church leadership for almost twenty years, and during that time my ears have become tuned to the distinct sounds of dysfunctional leadership and the poor communication which bad leadership brings. Unfortunately, if we don’t make good communication a priority, then this neglect will only lead to more hurts and wounds within the church. And rather than an elk within your herd approaching from behind you, it will be a hunter who wants to wound you so badly that it starts a blood trail that can keep you running for years.

Jesus made it a priority to communicate with His disciples during his three-year ministry. His fancy footwork made the distinct sound of good mentorship as He took the time to explain and show His disciples the culture of God’s kingdom. Not only did this encourage growth in the disciple’s faith, but it also built trust within the group. Jesus asks questions rather than be directing, drawing out the disciples’ own beliefs, misconceptions and worldviews. He helped the visual learners with parables and stories that cut through the noise of confusion, leaving His disciples slack-jawed and full of more questions that went to the heart of each issue they faced internally. He built up His disciple’s confidence over His three-year ministry and helped them understand important truths and values of God’s upside-down kingdom.

Why? Because they had to listen out for unfamiliar sounds.

Jesus needed His disciples to know the ‘sounds’ of the hunter, Satan, and be alert at all times. These sounds can be difficult to distinguish at first, however, the more you become accustomed to the Voice of the Good Shepherd, the more you’ll recognize the hunter’s strange sounds that never bellow out the offence, bitterness, rivalry or compromise. No, these sounds only come in whispers and murmurs from behind you, that poke, prod and question the unprotected areas of your faith.

Ephesians 4:27 reminds us to not give the devil a foothold. This means we should never give him space to move in close and to pull back his bow and let the poison-tipped arrow go straight into our faith. If Satan’s sounds can sprinkle a little suspicion within the herd, then it’s game over, and he’ll have a leader’s head mounted on his heavily decorated trophy wall quicker than you can say, “what’s that noise?” Oh yes, I’ve seen leaders fall because they’ve not paid attention to the ambush of the hunter, and it’s devastating to watch.

So, take my advice. Be aware of the devil’s schemes in church leadership, because when you recognize the ‘sounds’ that can cause offence and rivalry, it means you need to move those anklebones and communicate with some fancy footwork!