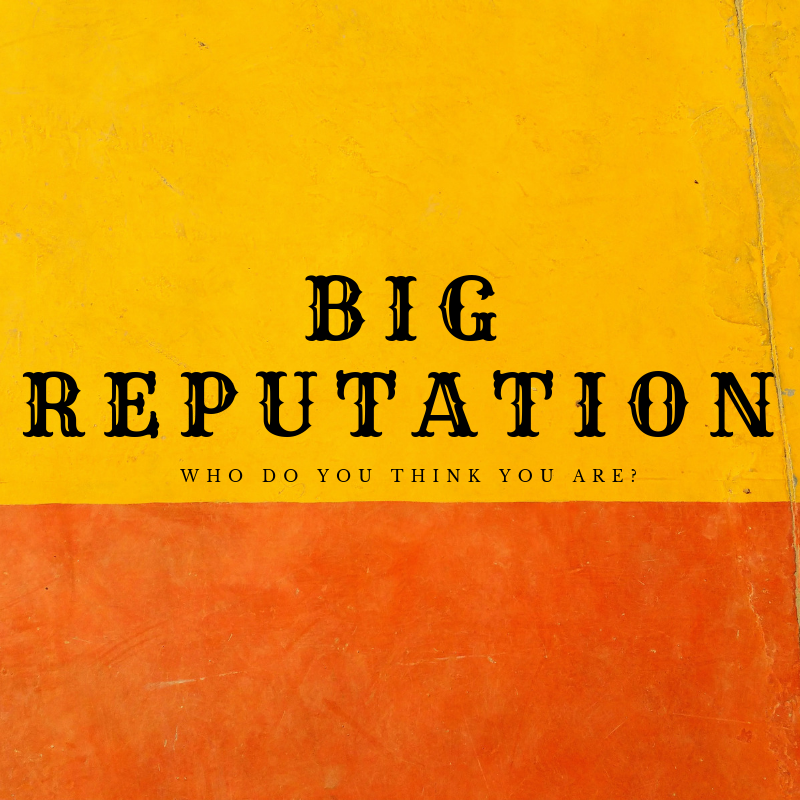 Big Reputation: Who do you think you are?

Let me ask you a question. What would be a reputation nightmare for you? If people disagreed or even hated you because of what you were doing, would you stop? Would the thought of your reputation being damaged or tarnished in some way make you change what you did?

WHO DO YOU THINK YOU ARE?

You see, this is where I struggle. I think, if we’re all honest, it’s where most of us struggle. We’re so busy spending precious time making sure our reputations are in tact, that we forget to work on our character.

A big reputation shouldn’t be what we aim for.

Look at Jesus. His mission on this earth wasn’t about whether he looked good or was everyone’s best buddy. He wasn’t interested if he was liked or disliked by the people he met. He was not concerned if his parables and sermons were popular or not, he just loved people. In fact, Jesus valued people, period. So, he worked on his character more so he could love them better.

I don’t know about you, but I really want to get to a point in my Christian walk where I stop obsessing about what people think about me and let God strengthen my character.

1 Chronicles 17 is where King David prays to God. David was concerned because he was living in a luxurious palace made from cedar while the Chest of the Covenant sat under a tent. (Verse 1 MSG)

But God told David not to build a ‘house’ for him to live in. “Why, I haven’t lived in a ‘house’ from the time I brought up the children of Israel from Egypt till now; I’ve gone from one tent and make shift shelter to another.” 1 Chronicles 17:4

God wasn’t worried that his home wasn’t in a fancy palace. He was happy with a tent or make shift shelter.

That’s comforting for someone who worries what everyone else thinks about them rather than who there truly are.

God doesn’t want to rest his presence in a flash palace with all the bells and whistles. That’s all about reputation. He just wants to dwell in a make shift tent. A tent that needs a little work on its character and doesn’t worry so much about having a big reputation.