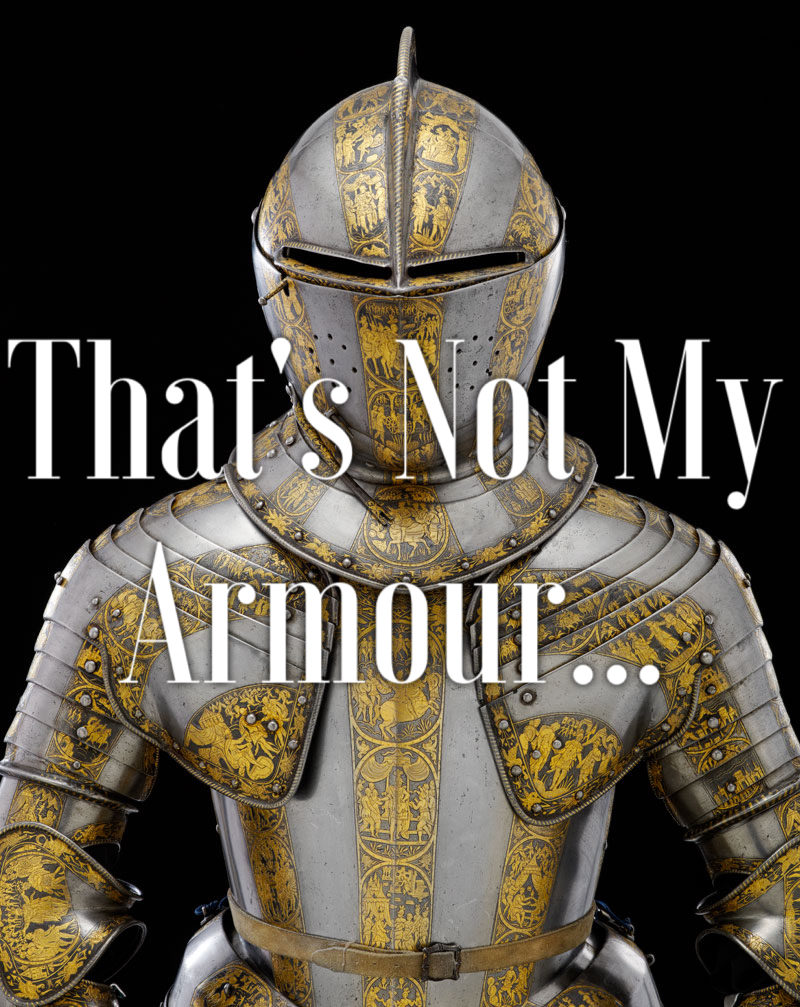 That’s Not My Armour…

That’s Not My Armour…

I used to read the ‘That’s not my…’ books to my kids when they were small.

…You get the idea.

I must have read ‘That’s not my Fairy’ a thousand times to my daughter.

“That’s not my Fairy…

her wings are too shiny

her hair is too straight

Until eventually you turn the last page and…

“That’s my Fairy! Her wand is so sparkly.”

And we all slept well that night, knowing my daughter had at last found her Fairy.

THAT’S NOT MY ARMOUR…

In 1 Samuel chapter 17, David, a shepherd boy, had put up his hand to fight a 9-foot giant called, Goliath.

King Saul tried to help David out by clothing him in his own armour.

Just imagine with me for a moment…

A huge bronze helmet on David’s head. A heavy coat made of chain mail, with a huge sword attached to it.

David tried to walk in the armour.

Of course, David had been reading the, ‘That’s not my Armour…’ book while tending his sheep.

He knew something wasn’t right.

In verse 34, David told King Saul that when a lion or a bear came and took a lamb out of the flock, he went after it and struck them with his slingshot.

CONFIDENCE COMES IN YOUR OWN ARMOUR.

David didn’t feel confident in the King’s armour because he’d never tested it. Also, it didn’t fit him.

And I haven’t tested it.

David looked at his slingshot and five smooth stones and said,

He had tested it on the lion and the bear.

He had a confidence that only comes when you wear your own armour.

David could not have defeated Goliath that day if he’d been wearing King Saul’s armour.

And you cannot defeat your Goliath in untested armour.

You need to remember the times you fought off the lions and the bears.

What was your armour?

The first piece of armour you needed was prayer.

Then God showed you your weapons that were in your arsenal.

He showed you which weapon to use for the battle.

Whether it was the;

Shoes for the Gospel of Peace

Sword of the Spirit

or all of the above.

You know those weapons work,

But more importantly, you would have tested those weapons when defeating the lion and the bear way BEFORE you saw your ‘Goliath’ coming.

And whatever your ‘Goliath’ is in your life.

[Tweet “Make sure you wear your own tried and tested armour.”]

Make sure you wear your own tried and tested armour.

It may not look like everyone else’s, but when you’re standing on the battlefield you can declare with confidence;