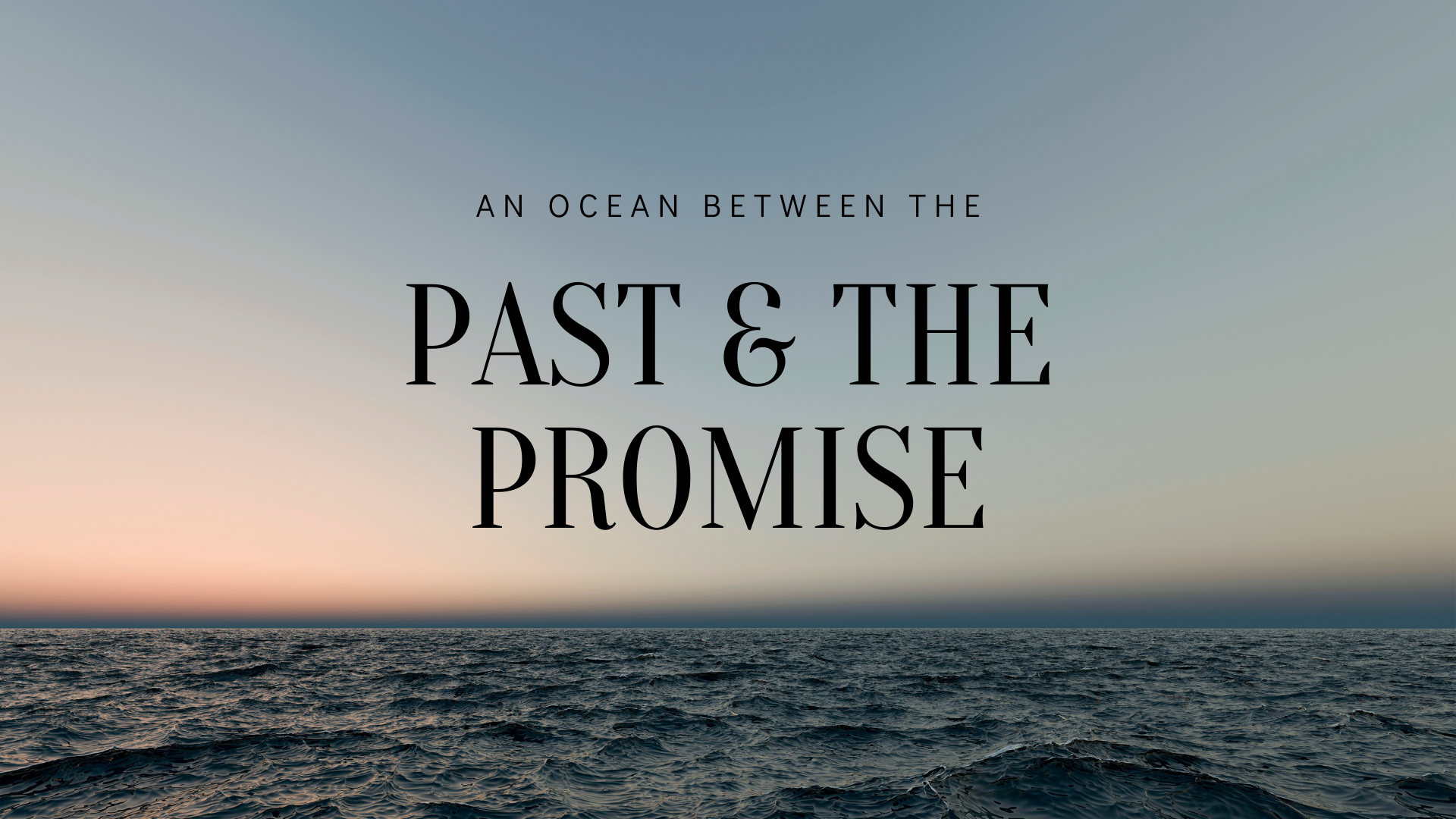 An Ocean Between The Past And The Promise

Ever wonder what Moses was thinking when he realised there was an ocean between the past of Egypt and the future of the Promised Land? We need to understand that as we move forward into the dreams God has for us, there will always be a Pharaoh chasing us down from our past and an ocean standing in the way of our future. Today, if all you see is an ocean between the past and the promise, you need to start trusting God who can still use what’s in your hands to part the waves.

If you take a look around as you’re standing at the edge of the ocean between the past and the promise, you’ll see many believers heading back to where they’ve just come from. The comfort Egypt offers slowly beckons them, letting them think that the ordinary stick they hold in their hands cannot be used by God because it isn’t good enough, powerful enough, or special enough to part the ocean that keeps them moving forward into everything God has promised them. So, out of their fear of perceived lack they choose the slavery of their past over the promise of a better future.

But why does God send us to the ocean in the first place? Why do we need a body of water between the past and the promise to see our dream fulfilled when God knows there is a much shorter route we could have taken?

‘When Pharoah let the people go, God did not lead them on the road through the Philistine country, though that was shorter. For God said, “If they face war, they might change their minds and return to Egypt.” So, God led the people around by the desert road toward the Red Sea.’ (Exodus 13:17-18).

Biblical commentary on the Red Sea crossing of the Israelites suggests that in Hebrew the “Red Sea” is known as “Reed Sea”, a term used for different bodies of water. And it’s this change of name that leads scholars to the thought that the translation of the Reed Sea the Israelites crossed should be called “Sea of Extinction.” A common thought in the ancient world is that the imagery of the chaotic water is being harnessed by God as He parts the waves for the Israelites to cross over into the Promised Land.

An ocean between the past and the promise is there for the benefit of building up your faith, dear dreamer. God is showing you that regardless of the unease and chaos you’re facing, God is going to overthrow and harness it all by using what you have in your hand. “But it’s just a stick!” I hear you say. Let me make this clear. The stick (actually it was a staff) Moses had in his hand wasn’t what parted the waters of the ocean. It was the faith Moses had that knew without a shadow of a doubt that his God was powerful enough and capable enough to help them through to the next step in the promise. God was going to cause the problem of their past which was chasing after them (Pharoah and his army) and the ocean (the Red Sea) which was stopping them from moving forward to both become extinct.

We have the same choice as Moses. Are we going to allow the ocean that stands in our way to make us turn back to the slavery of Egypt? Or are we going to trust that God can part oceans and deliver us from our past by leading us into our future?

‘Moses answered the people, “Do not be afraid. Stand firm and you will see the deliverance the Lord will bring you today. The Egyptians you see today, you will never see again. The Lord will fight for you; you need only to be still.” (Exodus 14:13-14) And then Moses did what God told him to do. He raised his wooden staff, stretched out his hand over the sea and the waters miraculously parted.

Know this, God leads you to the ocean because He wants you to follow His guidance and trust that He will relieve all your fears about your future. All you need to do is use whatever you have in your hand, believe that God’s power can bring the miracle and watch Him drown out your past and part the way for your promise.

Why did God lead the Israelites toward the Red Sea? Because He wanted them to know, and He wants you to know too that not only is God over the chaos that is represented by the ocean in this story, but He can also make a way when it seems impossible. But probably the most important thing God needs us to all get from this story is that He understands that your past can stop you from moving forward into all the promises He has waiting for you.

If all you can see is an ocean between the past and the promise, then I’ll leave you with the inspiring words of Thelma Wells…

“Whatever may have happened in your past it is over and should be done with. It’s history. You can pack your guilt and shame away in a box, use duct tape around all the edges to seal it tightly, and put it in the trash where it belongs. It doesn’t need to haunt you any longer. Why? Because Jesus cares about what happened in your past. And he cares even more about what you’re doing today to recover from it. He wants you to bring it to him, so he can fulfil his promise to you.”

Allow God to use His power through what He’s placed in your hands. He’ll help you leave your past behind you and make a way where there seems like there is no way so you can fulfil His promises!

Are you facing an ocean of chaos today?

I pray, that you will trust God with the next step by leaving the past behind you and trusting Him to move forward into all that He has waiting for you. Amen.