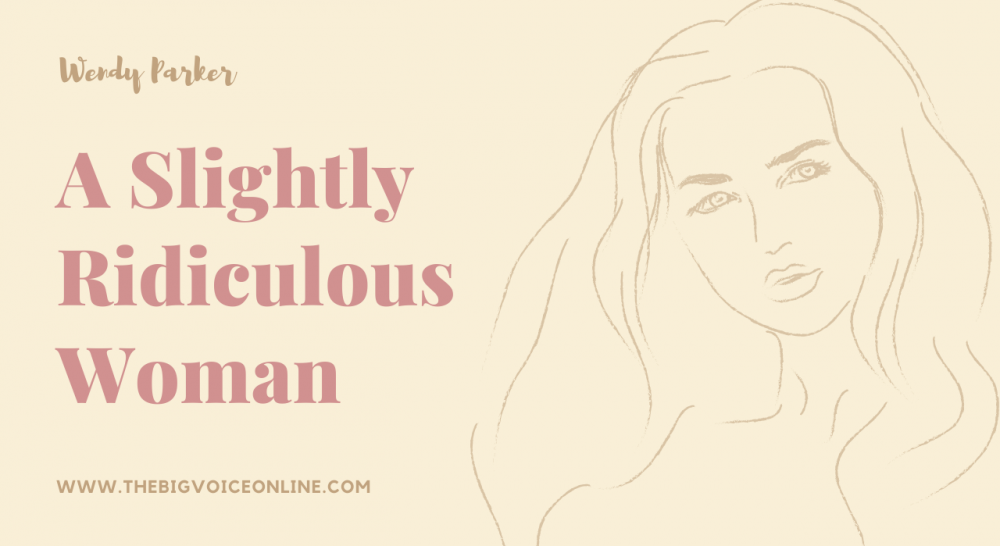 According to Laurel Thatcher Ulrich, “well-behaved women seldom make history.” And if you’re a strong woman reading this or you know a brave woman who needs to read this, what quality do you see that makes you sit up and pay attention to her? As women, if we are to become all that God intended us to be, we need to not only want change but to have the right motives to be a change for good. However, to become the change, we first need the right foundation to become the slightly ridiculous woman God needs us to be.

Throughout the Bible, there are many slightly ridiculous women. None more so than, Rizpah.

You’d be forgiven if you don’t know who she is. Blink and you’ll miss her within the story of the war between the house of David and the house of Saul in second Samuel chapter 3. She is only mentioned in one verse, but it is this one power-packed verse that sets the firm foundation of Rizpah becoming a slightly ridiculous woman.

I’ll set the scene of this family saga that started in 2 Samuel chapter 3 and ended in chapter 21.

Abner, King Saul’s cousin, decided he was going to sleep with Rizpah, who was a concubine of King Saul. And whether Rizpah wanted to sleep with Abner or not was of no concern to him. However, what Abner did to Rizpah infuriated Ish-Bosheth, Saul’s son because he considered it to be high treason against his father, king Saul. ‘Abner took advantage of the continuing war between the house of Saul and the house of David to gain power for himself. Saul had a concubine, Rizpah, the daughter of Aiah. One day Ish-Bosheth confronted Abner: “What business do you have sleeping with my father’s concubine?”
(2 Samuel 3:6-7)

In the ancient world of royal households, a king’s concubine was considered to be part of the family. To sleep with one meant that you were suspected of trying to obtain the throne for yourself. Abner was making a statement. Fast forward eighteen more chapters in second Samuel, and we find Rizpah is mentioned again in 2 Samuel chapter 21. Saul is now dead, and David is finally King. However, the land is in famine and David asks God why?

The answer that David got was that the nation was guilty of not making amends over King Saul’s sins. The Gibeonite leaders wanted David to give them seven of Saul’s descendants. “The man who tried to get rid of us, who schemed to wipe us off the map of Israel –well, let seven of his sons be handed over to us to be executed-hanged before God at Gibeah of Saul, the holy mountain.” (2 Samuel 21:5-6)   David did as they asked. Unfortunately, two descendants to be hanged were the sons of Rizpah, and on that day the sons didn’t just lose their lives, they lost their inheritance.

‘Rizpah daughter of Aiah took rough burlap and spread it out for herself on a rock from the beginning of the harvest until the heavy rains started. She kept the birds away from the bodies by day and the wild animals by night.’ (2 Samuel 21:10)

Why would Rizpah do this? Her sons were gone. The war was finished. The house of David had gained victory over the house of Saul, why put herself through this torture? Because Rizpah knew the Torah (the first five books of the Old Testament). She understood the passage in Deuteronomy 21:23, the law which states, ‘…don’t leave the body up there overnight. Bury it that same day because everyone who hangs is cursed by God. Otherwise, you will defile the ground the Eternal your God is giving you to live on.’

This slightly ridiculous woman who must have looked like a wild banshee, waving sticks at birds and animals. But Rizpah wasn’t crazy, she was determined. She was a mother who was not going to let the circumstances that surrounded her two sons dictate their future. They were due their inheritance of a proper royal burial. And if it meant Rizpah sat on a hillside, next to her dead sons until King David acknowledged that fact, then so be it.

Within my own family, I have watched my children’s spiritual inheritance be stolen from them because of someone else’s negligence. The sins of another shaking the very foundation of their faith to the point that their relationship died with God. I, like Rizpah, have sat upon the hillside, hoping the wrongs against my children will be made right. Fighting off every vulture and wild animal that the enemy sends, praying my children will have their spiritual inheritance restored and their faith come back once again. I need the King to take notice of me. I will stand on the promises of the Bible and will not move from the hillside until I see their spiritual inheritance restored.

King David was told what Rizpah was doing. ‘He gathered up their remains and brought them together with the dead bodies of the seven who had just been hanged. The bodies were taken back to the land of Benjamin and given a decent burial in the tomb of Kish, Saul’s father.’ (2 Samuel 21: 12-14) David knew the Torah passage just as well as Rizpah in Deuteronomy chapter 21, and he acknowledged and honoured her courage and bravery because he didn’t want the ground he’d gained to be defiled. For her sons to be buried with their father in the family tomb was the inheritance Rizpah was looking for.

Maybe today you find yourself spread out upon a rock, clothed in rough burlap that is dirty from fighting off the enemy with sticks. You’ve prayed and prayed and prayed that your children’s spiritual inheritance is restored. You’ve cried over the corpse of your children’s faith, feeling ridiculous to pray over something that seems so still and lifeless. Maybe it has been months, like Rizpah, or even years that you’ve sat upon that hillside. However, the enemy hasn’t won, he’s just laid down the foundation for you to become a slightly ridiculous, praying woman of faith!

Don’t give up! Don’t let the enemy pick at the bones of your children’s faith. Ephesians 1:13-14 encourages us, “Because you, too, have heard the word of truth – the good news of your salvation – and because you believed in the One who is truth, your lives are marked with His seal. This is none other than the Holy Spirit who was promised as the guarantee toward the inheritance we are to receive when He frees and rescues all who belong to Him. To God be all praise and glory!”

Wait it out on that hillside, dear Rizpah, because the King has heard your prayers. Remember, well-behaved women seldom make history!

Has the story of Rizpah stirred your faith and helped you to become a slightly ridiculous, praying woman for your children’s spiritual inheritance?