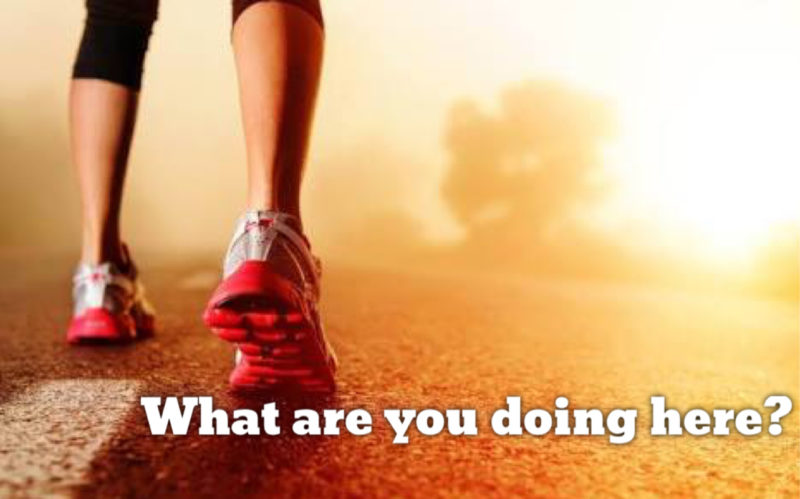 What Are You Doing Here?

What Are You Doing Here? Ever felt like running?

I’m not talking about squeezing into Lycra; lacing up your Nike’s and putting in your ear buds ready to listen to your favourite jam.

You know, that feeling you get when you’ve felt intimidated by someone and physically you look like you’re a fully-grown adult on the outside, but on the inside they have made you feel like your 12 years old again?

Get ready for the Bass Drop…

You have encountered the Spirit of Jezebel.

And you are not alone.

Remember Elijah in the Bible?

The Prophet who told everyone they would have a drought and it wouldn’t rain again except at his word?

The Prophet who helped a widow and her son survive the drought with a never-ending supply of flour and oil and when the widow’s son died, Elijah prayed to God and brought him back to life?

And the SAME Prophet who showed the worshippers of Baal who the one true God was by soaking the altar with water ready for God to heat the meat with the request of ‘cook it well done’ ?

Queen Jezebel heard about Elijah and so she sent him a message:

“The gods will get you for this and I’ll get even with you! By this time tomorrow you’ll be as dead as any one of those prophets.” 1 Kings 19:2

Eventually he found a cave to hide in.

He heard a voice.

Has God ever asked you the same question?

You have done great, bold things for God and now you’re in a cave hiding because of intimidation?

It says in 2 Timothy 1:7 ‘For God has not given us a spirit of fear, but of power and of love and of a sound mind.’

Satan has got you on his radar.

And he will use intimidation to stop you from fulfilling your God – given purpose.

Elijah thought if he explained to God why he was afraid then God would be cool with it.

But God wasn’t in any of those.

a gentle and quiet whisper.

And God whispered THE SAME question to Elijah,

“So Elijah, now tell me, what are you doing here?”

God asks the SAME question because He wants Elijah to face the fear and intimidation.

God won’t pat you on the shoulder and say,

“Okay, I’ll let you hide in this cave until it all blows over.”

And He won’t let you either.

It says in Psalm 16:8 of The Voice Bible; “He is ever present with me; at all times He goes before me. I will not live in fear or abandon my calling because He stands at my right hand.”

I WILL NOT LIVE IN FEAR OR ABANDON MY CALLING.

If we abandon our calling then the spirit of intimidation roams free and our gifts lie dormant.

Elijah came out of the cave and fulfilled his calling.

And you can too.