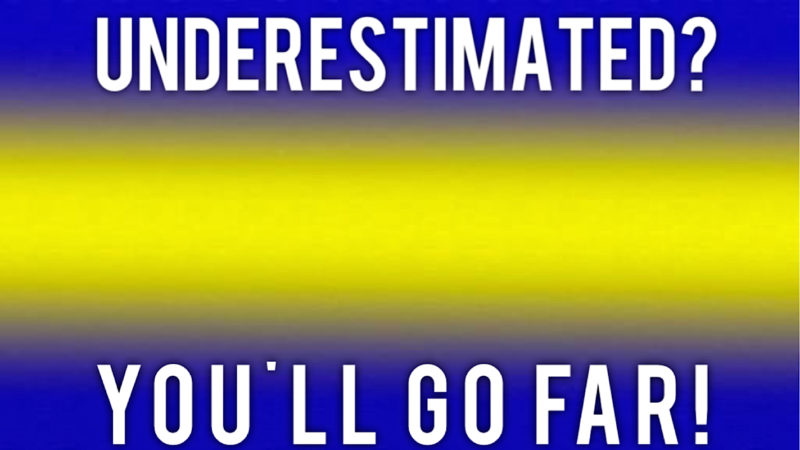 Think about it. There is no pressure to win when everyone has the misconception that you can’t do it.

They have just won the English Soccer Premiership!

All the other Premiership Teams underestimated Leicester City of ever staying in the Premier League let alone winning the League.

While the other teams have been scratching their heads all season wondering how Leicester City has beat them in the points department, Leicester just kept on going – one game at a time.

But it is a big deal.

They were the favourites to be relegated; so actually winning the title is nothing short of a miracle!

You may or may not have ever heard of such a place situated in the East Midlands of England.

You might not have even realized that Leicester is famous for its cheese and pork pies.

And no one would have guessed that after 500 years of looking, King Richard the Third’s body would be found buried underneath a car park in, yes you’ve guessed it – Leicester.

They said that the odds were 5,000 to 1 for Leicester to win the Premiership Trophy. Apparently the odds of Kim Kardashian becoming President of the United States were much better.

The story of David verses Goliath has been told a thousand times in Sunday school classes.

It’s all about the underdog winning the day.

Which is partly true.

After all, Goliath was a walking, talking, killing machine.

And David was a scrawny kid who tended his father’s sheep.

The first thing the nine-foot giant says when he sees David is,

I can hear all the Philistine army laughing at skinny little David.

But there was one fatal flaw in Goliath’s thinking.

He underestimated what David could do with a stone and a sling and this gave David the advantage.

I’m sure you’ve come across some big shots like Goliath.

Telling you what a loser you are for believing in God.

But you know something that Goliath doesn’t know; you have struck the lion and the bear with your stone and sling BEFORE you even saw him. (1 Samuel 17:34)

David doesn’t respond to Goliath’s taunt like an underdog, he responds like the confident competitor he truly is.

“You come to me with a sword, with a spear, and with a javelin. But I come to you in the name of the Lord of hosts, the God of the armies of Israel, whom you have defied.” 1 Samuel 17:45

There’s a lesson here for all of us.

Act like a confident competitor instead of the underdog.

A sword, a spear and a Javelin.

That’s what the words feel like when people underestimate you.

Time and time again in the Bible, God helps His people become the characters in stories, which have been told to generation after generation.

And the same is true for you.

Don’t worry if people underestimate your ability to do something great for God.

Leicester City and David have something in common, they were more than happy to be underestimated.

And that helped them defeat a Goliath.