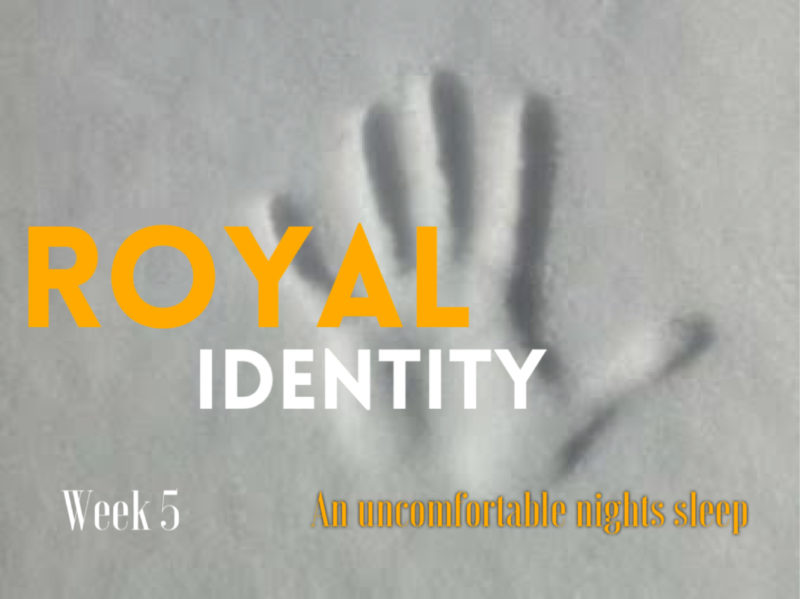 Ever had a really uncomfortable night’s sleep?

No matter how many times you plump up your pillow or you toss and turn, you just can’t seem to get comfortable enough to fall asleep.

And when you do eventually fall asleep, you are abruptly awoken by your alarm clock. So you drag yourself into the bathroom and look in the mirror…

The classic Hans Christian Anderson tale, The Princess and the Pea is a good story about an uncomfortable night’s sleep.

If you unfamiliar with the fairy tale here’s a quick run through:

A prince is looking for a Princess to marry and he can’t seem to find the right one, so he goes on The Bachelor show to find a ‘Princess’ wife…

Anyway, the Prince has some difficulty in finding his perfect match and so he sits in his castle sad and disappointed until…

One stormy night a beautiful young woman comes to the castle seeking shelter from the rain.

AND she’s claiming to be a Princess.

What are the odds?

Wondering whether she is faking it or she just missed out on the auditions to go onto The Bachelor show, the Prince’s mother decides to get all the mattresses off all the beds in the castle and pile them one on top of the other on the bed the ‘maybe fake Princess’ is going to be spending the night on.

The idea was if a pea was placed underneath all those mattresses, then only a true Princess would feel it.

In the morning the young woman complains that she’s had the most uncomfortable night’s sleep ever.

Because there was a ‘lump’ in the mattress.

They get married and live happily ever after.

There are three things I’ve noticed in this story that will help you understand your Royal Identity.

She knew she was Royalty

When the young woman is invited into the castle she tells them that she is indeed a Princess.

She knows exactly who she is and establishes her Royal Identity straight away.

Whether the Prince and her future mother in law accept this information isn’t the young woman’s responsibility.

She didn’t fall to her knees, grabbing the Prince’s ankles begging that he’d believe her.

The Princess’s identity came from her Father, the King.

She was destined to fulfil her Royal calling.

Even though the Princess was lost and was in a storm when she arrived at the Prince’s castle, she still knew who she was.

Your circumstances don’t change the identity that God has given you.

Was the Princess running away?

From her Father, the King?

Is that why she was in the storm?

Life can be tough and sometimes all we feel like doing is running away.

It says in Psalm 147:3 ‘He heals the broken hearted and binds up all their wounds.’

You may have been caught in a storm that you didn’t see coming and gotten lost along the way.

God is with you in every storm, even if it’s Him you’re running away from.

When the Princess became uncomfortable, it revealed her true identity.

Has God put a ‘pea’ under your mattress lately?

Maybe He needs you to get a little uncomfortable so it propels you into the destiny He has planned for you.

And not everyone will be happy with the person your becoming, and that’s okay.

They can stay in their ‘comfort zone.’

But you my friend are Royalty and you have the pea to prove it!