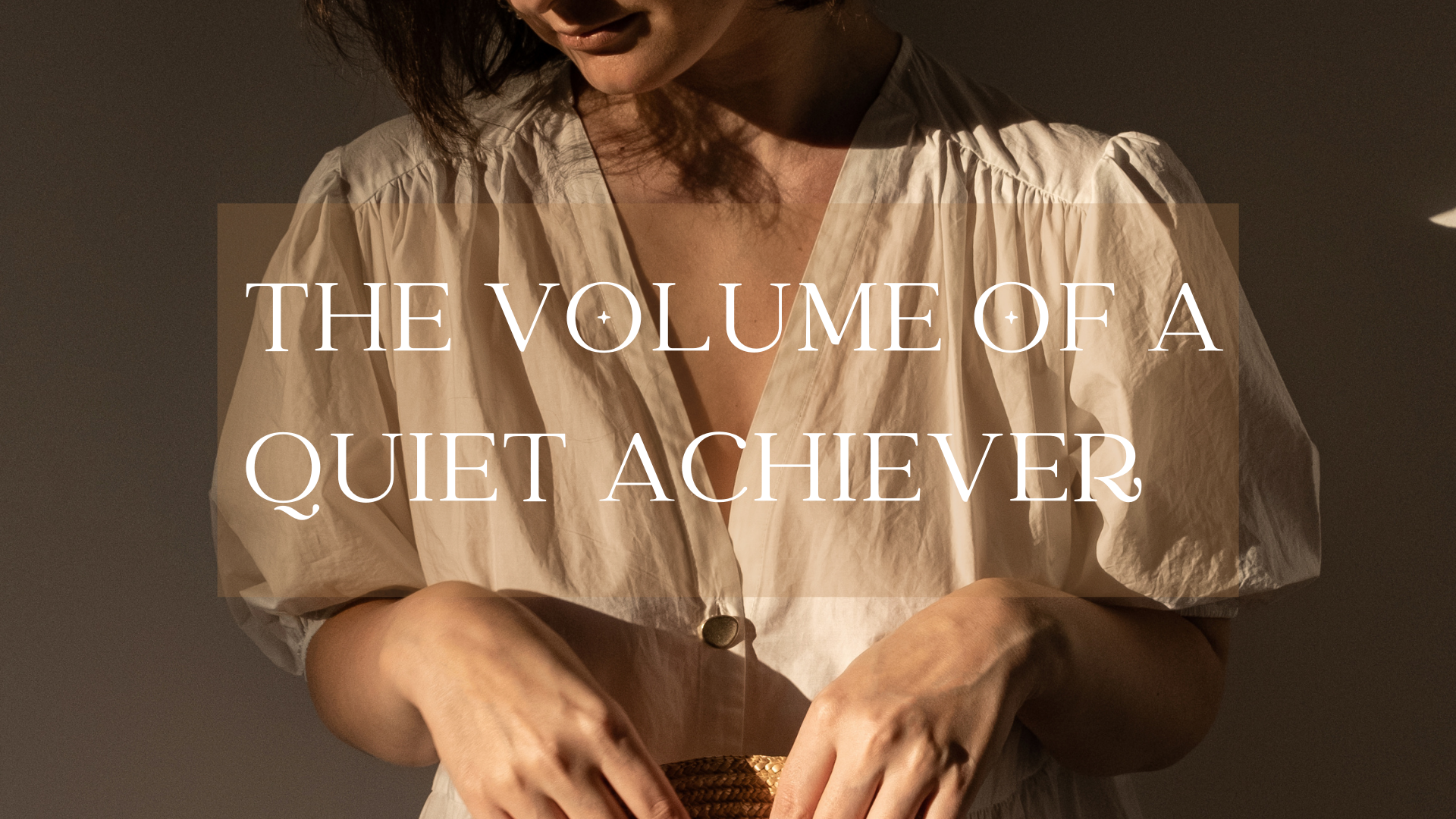 The Volume Of A Quiet Achiever

Whenever we see someone accomplish something significant, we believe everything that person has done to get to that achievement has been a show, a spectacle, a display of extrovert behaviour. However, most great stories that are worth retelling begin quietly. They start when nobody else is watching when nobody else is paying attention. And if you choose to pause and listen in carefully, you can hear the volume of a quiet achiever.

In the Old Testament, you’ll find two epic stories that started quietly. They involve two prophets and the volume of two courageous women who were quiet achievers. The first is Hannah, the woman who became the mother to the prophet, Samuel. And the second, is a woman (whose name isn’t mentioned) who witnessed a miracle in the demonstration of God’s power on the prophet, Elisha, because she decided to step out in faith.

Hannah was the second wife too, Elkanah. Unfortunately, Hannah hadn’t been able to conceive, and to make matters worse, Peninnah, Elkanah’s other wife, had lots of children. So, year after year, Peninnah provoked and exasperated Hannah to the point where Hannah wept and refused to eat. Finally, Hannah was so heartbroken that she went to the congregation tent and began to pour her heart out to God, silently.

‘As she prayed silently before the Eternal One, the priest Eli watched her mouth: Hannah’s lips were moving, but since she was praying silently, he could not hear her words. So, Eli thought she was drunk. “How long are you going to continue drinking, making a spectacle of yourself? Stop drinking wine and sober up!” “My lord, I am not drunk on wine or any strong drink; I am just a woman with a wounded spirit. I have been pouring out the pain in my soul before the Eternal One. Please don’t consider your servant some worthless woman just because I have been speaking for so long out of worry and exasperation.” 1 Samuel 1: 12-16

Ever felt like Hannah? A wounded spirit so exhausted by worry and exasperation that you can only offer up silent prayers to God.

Or what about the woman in 2 Kings 4:1-7? Her husband had died, and the creditor was coming to take her two children and make them slaves. She pleaded with the prophet, Elisha, to help her. Elisha asked the woman, “What do you want me to do? Do you have anything of worth in your house?” “I don’t have much of anything. The only thing I have in my house that might be of any worth is a jar of oil.”

Elisha told the woman to borrow lots of jars from her neighbours, then go into her house, close the door, and fill each container with the oil. ‘The widow went away from Elisha and enclosed herself in a room with her sons. One at a time, her sons held a container before her, and she poured. Soon all the containers were filled.’ (2 Kings 4:5-6) Elisha told the woman to go sell the oil and pay off the creditor and live off the rest of the money.

Ever felt like that woman? Believing that you don’t have much of anything to offer God for you to receive your miracle.

The volume of these two quiet achievers started when they needed to experience the presence of God. Two wounded women with not much to offer understood that no loud achievement birthed from their strength was going to get God’s attention. Turning the volume up on their faith required silent, heartfelt prayers that moved God with compassion. The size of their “not much of anything” was already big enough for God to work with.

And it’s the same with you, dear friend. Perhaps you feel as though God doesn’t notice you, that you have to accomplish something significant for Him to pay attention. Don’t disqualify yourself for a miracle. God isn’t looking for loud, empty prayers. He’s unmoved by someone who doesn’t need Him because they’ve got everything to offer. He’s listening out for the volume of a quiet achiever. The one who chooses to bring “a wounded spirit that pours out their pain” the person who brings at His feet their “not much of anything” so they can seek His presence without all the noise of the bells and whistles.

Know this, sometimes to see our breakthrough, we don’t need to get louder to get God’s attention. We just need to close the door and get quieter. To get on our knees and get in His presence and allow all our worries to fall at His feet. Steady, silent, heartfelt prayers are the prayers that have the strength within them to see miracles happen.

Trust that He has heard your prayers and your breakthrough is coming because the Eternal One loves listening and responding to the volume of a quiet achiever!

Which woman in the two stories do you identify with the most?

I pray today, that the volume of every quiet achiever who has a wounded spirit and feels that they don’t have much to offer to You, God, will sense Your presence in a fresh, new way and know that You always hear every prayer, even when those prayers are silent.