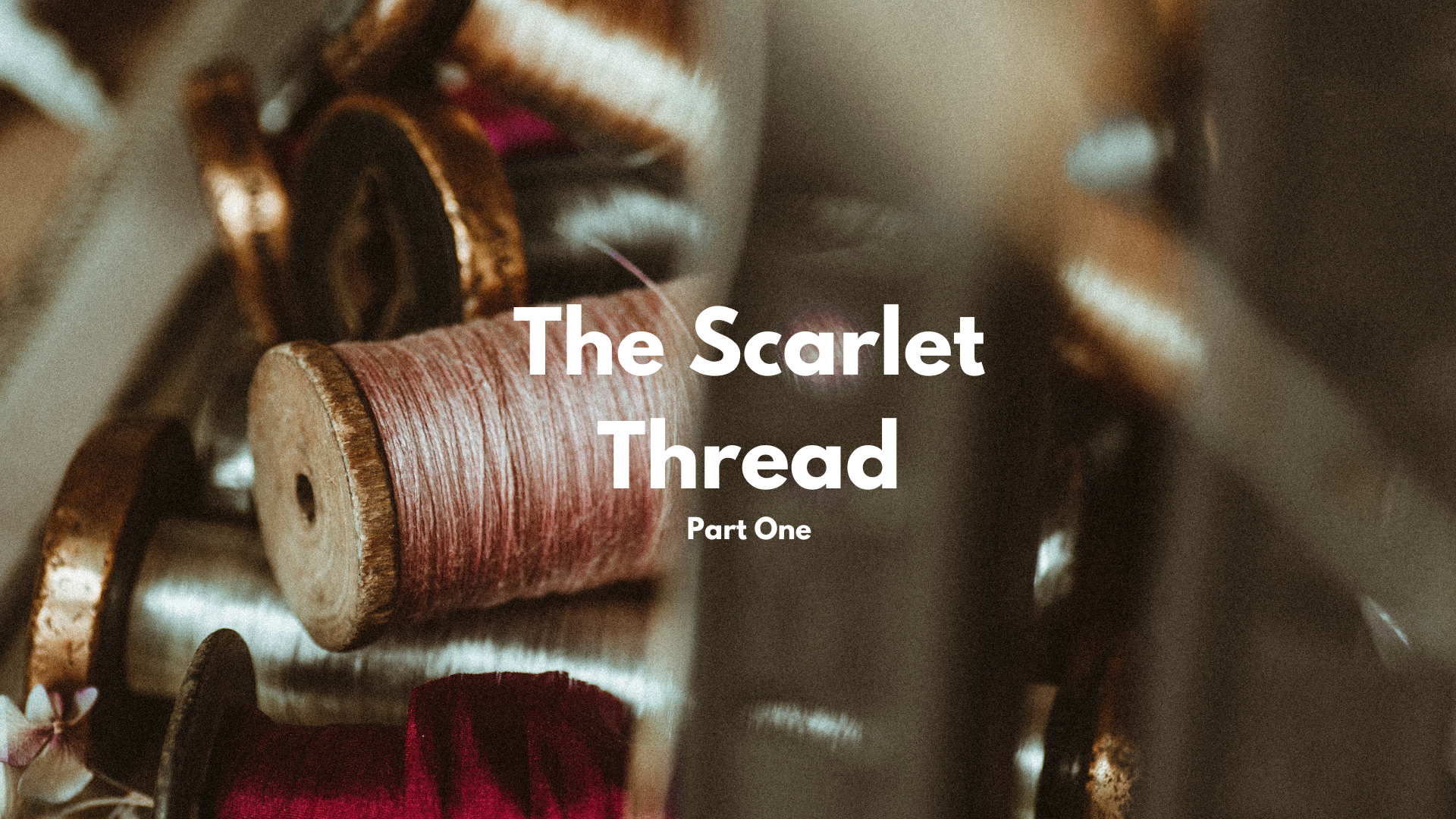 The Scarlet Thread – Part One

Let me ask you something. Do you feel the shameful wounds from your past somehow disqualify you from having any kind of relationship with God? Or perhaps you feel that because of your past wounding you don’t deserve to be used by God to do great things for Him? I know how you feel because I used to feel that way too until I found a path. A path that led me on a journey to understanding that God only looks for two characteristics in a willing heart. Obedience, and total dependence on Him. If you’re searching for victory and freedom and these enemies from your past keep reminding you of who you’re not, then you need to come with me, and I’ll help you find this path so you can follow the scarlet thread.

We tend to view the great heroes of the Bible as people whom we’ll never measure up to because we feel too broken, too wounded, and too damaged to ever be used by God. Wounded people can believe the lie in their heads that tells them, “Sure, God used those people, but me? Ha! Not a chance!” However, nobody is ever too broken, too wounded, or too damaged to find the path and follow the scarlet thread that leads to freedom and victory over past wounds.

God views people differently from how the world views people. You’ll be shocked to know that God used the most unlikely heroes in most of the Bible stories we read. The people whom no one would expect God to use or ever choose. But that’s the thing about God, He just looks out for willing hearts who will just be obedient and have total dependence on Him.

Still not convinced that you qualify? Let’s find the path together and pick up the scarlet thread in the Old Testament…

Rahab was a prostitute whom God selected to play a pivotal role in the story of how Joshua conquered the city of Jericho. The story starts when two spies were sent by Joshua to scout out the land. Rahab’s house was built right on the wall of the city and perhaps the two spies thought it would be a good place to stay because they could be mistaken for Rahab’s customers, just in case word got out two Israelites had come to spy out the land. Well, the rumour mill started to grind, and word did get to the king of Jericho.

‘So, the king of Jericho sent orders to Rahab: “Bring out the two men who have come into your house, for they have come here to spy out the land.” Rahab had hidden the two men, but she replied, “Yes, the men were here earlier, but I didn’t know where they were from. They left town at dusk, as the gates were about to close. I don’t know where they went. If you hurry, you can probably catch up with them.” (Joshua 2:3-5 NLT)

Rahab was lying because she had actually taken the two spies up to her roof and hidden them underneath bundles of flax she’d laid out. However, the king’s men believed her story and the spies were saved. Perhaps Rahab was used to lying to people. A prostitute could have possibly encountered questioning from many wives who came to her door looking for their husbands. Who knows? But one thing is for certain, God was using this broken, wounded woman to help others find the path towards healing and wholeness because she became an ancestor in the family tree of Jesus. How? The scarlet thread.

‘Now swear to me by the Lord that you will be kind to me and my family since I have helped you. Give me some guarantee that when Jericho is conquered you will let me live, along with my father and mother, my brothers, and sisters, and all their families…Before they left, the men told her, ‘We will be bound by the oath we have taken only if you follow these instructions. When we come into the land, you must leave this scarlet rope hanging from the window through which you let us down. And all your family members – your father, mother, brothers, and all your relatives – must be here inside the house.’…I accept your terms,’ she replied. And sent them on their way, leaving the scarlet rope hanging from the window.’ (Joshua 12-21 NLT)

Rahab was fearful of the Israelites because she’d heard stories about the powerful God whom they served. She knew that the two spies now represented an imminent invasion of the city she lived in, Jericho, and she needed to do something brave to save her family. Perhaps Rahab had been looked down upon by others in the city because of her profession? Maybe she had a broken past filled with shame which had led her to become a prostitute?

Whatever the circumstances and wounds surrounding this woman’s past history, God was using her as a character for His story when everyone would be able to find the path that the scarlet thread ran through toward salvation. The lineage of Jesus’ bloodline ran like a scarlet thread right into the New Testament because of a broken, damaged prostitute who had been obedient to help the spies and listen to their instructions. She placed her trust and total dependence on a God she only knew from stories that told her the One the Israelites worshipped was strong enough, capable enough, and reliable enough to rescue people from slavery.

Rahab didn’t allow her shame and wounding to affect her faith in God’s capacity to save herself and her family. She hung the scarlet rope out of her window, just as the spies had instructed, so when the spies came back with Joshua’s army, they remembered to keep their promise, the oath to save Rahab and her family when the walls of Jericho fell.

‘So, Joshua spared Rahab the prostitute and her relatives who were in the house, because she had hidden the spies Joshua sent to Jericho. And she lives among the Israelites to this day.’ (Joshua 6:25 NLT)

God showed Rahab the path that led her on a journey to understanding that He only looks for two characteristics in a willing heart. Obedience, and total dependence on Him. She took a chance on a God she hardly knew because she saw it as an opportunity to change her story.

So, today, if you’re searching for victory and freedom from your past, find the path and follow the scarlet thread that leads you toward the redeeming power that has the ability to not only change stories but to change lives.

Do you feel the shameful wounds from your past somehow disqualify you from having any kind of relationship with God? How has Rahab’s story helped you to find the scarlet thread that will lead you toward victory from your past wounding and shame?

I pray today, that you will really take hold of the fact that God isn’t looking for superstars to be part of His story. Just a willing heart whose obedience to Him and total dependence on His ability to rescue is the scarlet thread you’ve been looking for all along. Amen.