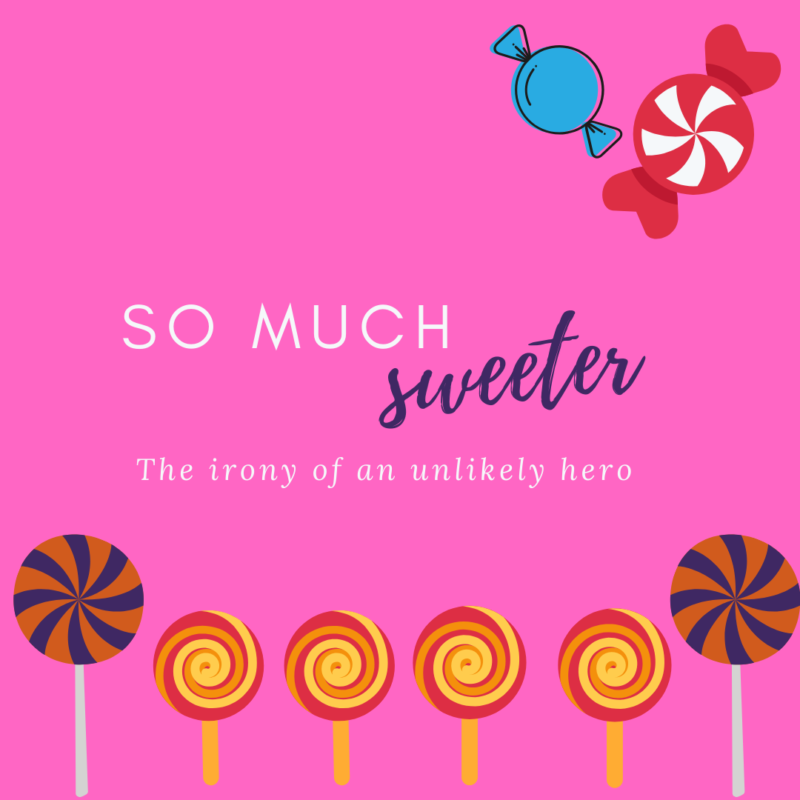 So Much Sweeter: The irony of an unlikely hero.

Have you ever noticed how God can turn an impossible situation around which pushes a hero into the spotlight? Look at Jael in Judges chapter 4. Sisera, commander of Jabin’s army had strength, power and a mighty army with chariots of iron. However, a smart, savvy woman named Jael gave Sisera milk to drink instead of the water he had asked for when he came into her tent. The milk made him sleepy and then Jael took a hammer and a tent peg and drove the peg into his temple! One dead commander, just like that. God didn’t need a mighty army of chariots, just a smart woman and a glass of milk. A far sweeter victory for sure!

THE IRONY OF AN UNLIKELY HERO

Or what about Gideon? We find him hiding in a winepress threshing wheat in Judges chapter 6. However, an angel of the Lord told Gideon he was a “…mighty man of valour!” Even though Gideon gave the excuses of being the weakest and least in his father’s house. Oh, the irony! Makes his victory so much sweeter, doesn’t it?

Okay, okay, you’ve heard enough, but I do have one more. We cannot talk about an unlikely hero without mentioning David. The shepherd boy who defeated Goliath with a slingshot and a smooth stone. That giant felt the bitter blow of the sweetest ever victory right between the eyes!

Notice how the enemy didn’t see an unlikely hero coming? The weapons God uses aren’t conventional, that’s what makes the victory over the enemy so much sweeter. While your enemy is too busy looking at people’s title’s, power and empires, God uses unlikely heroes who are just ordinary people who are called by God to do extraordinary things that work like a charm every time.

So, dear friend, if you feel like that deadbeat, lowlife enemy has you on the ropes, remind him WHO you are and WHO’S you are. He really has no business throwing his weight around, telling you he’s won the fight. God will use you ‘like a boss’ in His story to win the battle because the irony of an unlikely hero is that the victory is so, so, so much sweeter!