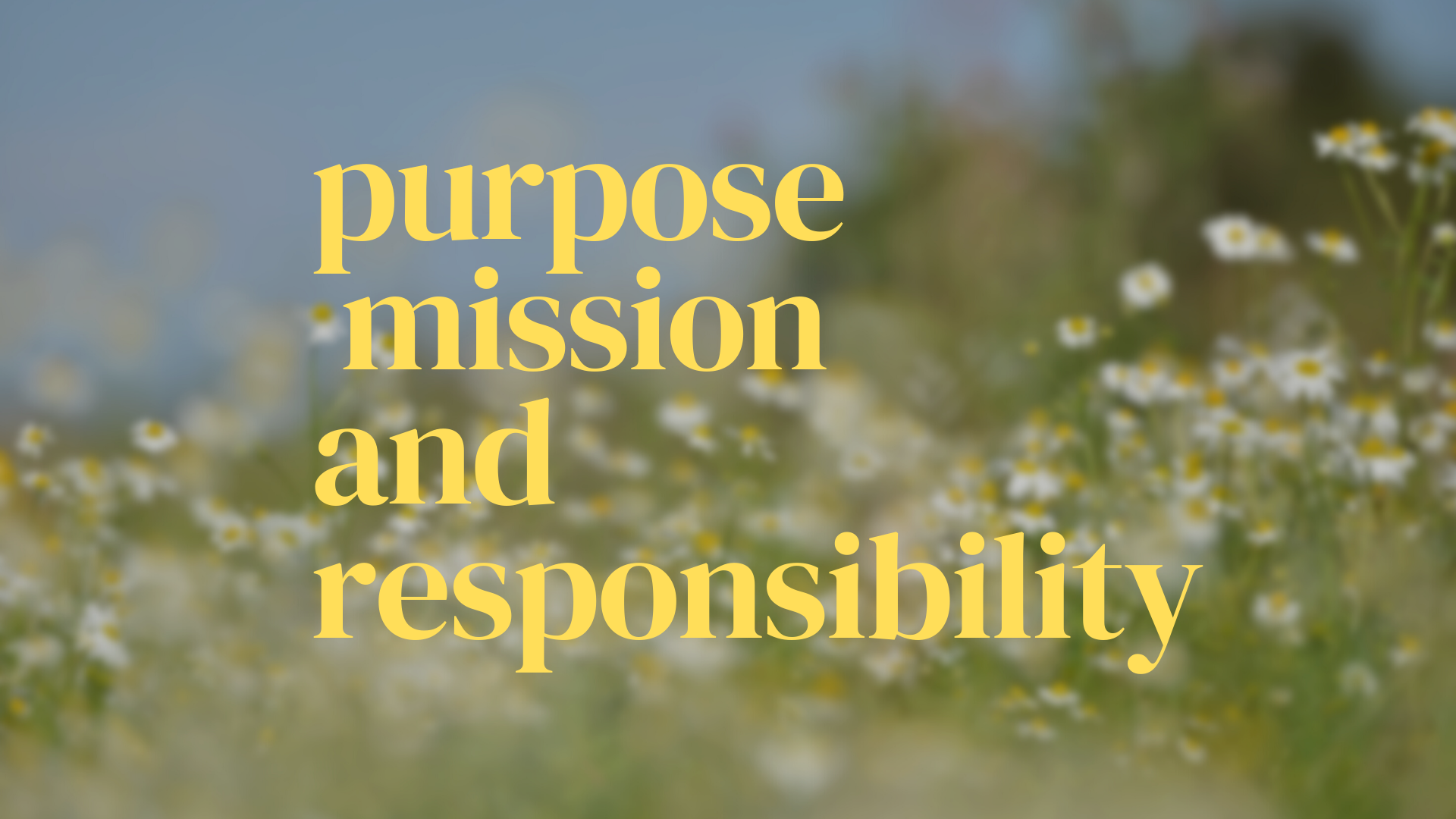 They say you always remember where you were when any major world event happens, and the gentle nudging on my right shoulder at 3.50 am stirred me fully awake after hearing the whispered words from my husband, “She’s gone” which caused me to lay there for a few moments trying to gather my thoughts. If you don’t know already, the standard British response in any crisis is to put the kettle on, and as we raised our tea cups to The Queen’s life, legacy, and rule with a sense of sadness tinged with gratitude for her life-long service, sitting on our lounge at 4 am while watching the BBC News coverage unfold, I felt that it was Queen Elizabeth’s deep sense of purpose, mission, and responsibility to her calling that was the foundation for this remarkable woman’s seventy-year reign to be so successful.

Purpose, mission, and responsibility are found in any great leader throughout history’s pages, and we can learn a lot from the inheritance with which The Queen has left for her son, King Charles III, to make his own mark and build on his mother’s legacy within the role of service. Proverbs 13:22 reminds us that a ‘ good man leaves an inheritance to his children’s children‘ and it is this sense of passing the baton that helps us all recognise the importance of leaving an inheritance for the next generation to receive. As Bill Johnson once said, “When we receive an inheritance, we are freely getting what someone else paid a price for. The ceiling of one generation must become the floor of the next.”

In the book of First Kings, David is close to dying and tells Bathsheba that it will be her son, Solomon, who will reign as King after him. ‘Zadok the priest anointed Solomon with the horn of oil from the congregation tent. Then the trumpet sounded, and everyone proclaimed, “May King Solomon have a long life!” Everyone then followed Solomon. They played their wind instruments and joyfully celebrated until the sound shook the earth.’  [1 Kings 1: 39-40] David’s ceiling became Solomon’s floor to see God’s temple built. David instructed Solomon and trained him for the purpose, mission, and responsibility he was about to inherit. “The Eternal One your God is with you…Now prepare yourself mentally and emotionally to follow the Eternal One your God.” [1 Chronicles 22:18-19] David’s Kingship had been littered with heartbreak and trials but through it all, he had learned to trust God completely and to rely on Him for his deep sense of purpose, mission, and responsibility regardless of how his circumstances looked.

Kings and Queens can be seen as being born into a privileged life, however, according to the Apostle Paul, we as believers are destined to be adopted as God’s children through the sacrificial life of Jesus. ‘He destined us to be adopted as His children through the covenant Jesus the Anointed inaugurated in His sacrificial life…With immense pleasure, He laid out His intentions through Jesus, a plan that will climax when the time is right as He returns to create order and unity – both in heaven and on earth – when all things are brought together under the Anointed’s royal rule. In Him, we stand to inherit even more. As His heirs, we are predestined to play a key role in his unfolding purpose of energising everything to conform to His will.’ [Ephesians 1:4-11]

The lies from our enemy that keep trying to kill, steal, and destroy our identity, authority, and confidence in who we are and whose we are in Christ, sabotages our thinking, so we never see ourselves as heirs to the royal inheritance in which Jesus gave His life for. Imagine if Solomon doubted his royal inheritance and saw his identity as a pauper instead of a King? Sadly, this is why so many believers wander around like beggars because their mindset is cloaked in a false sense of identity. Just like the prodigal son, they believe they’ve squandered their inheritance because of wrong choices when in reality the Father still stands at the gate waiting for them to return home and embrace them again so that their sense of purpose, mission, and responsibility is spoken into them so they can live out their royal calling.

Perhaps today it’s time to leave behind that pauper mindset you’ve allowed into your thinking. Maybe it’s time to live with a new sense of purpose, mission, and responsibility by taking off that beggar’s cloak you’ve wrapped your royal identity up in. Galatians 4:5 -7 reminds us that ‘you are now part of God’s family, He sent the Spirit of His Son into our hearts; and the Spirit calls out, “Abba, Father.” You no longer have to live as a slave because you are a child of God. And since you are His child, God guarantees an inheritance is waiting for you.’

How has Her Majesty, Queen Elizabeth II’s passing helped you to understand that your royal inheritance requires you to live with a sense of purpose, mission, and responsibility so you can live in the inheritance that Jesus paid His life for?

I pray, that you will leave the beggar’s cloak mindset behind so you can embrace the royal inheritance that Jesus sacrificed His life for. Amen.