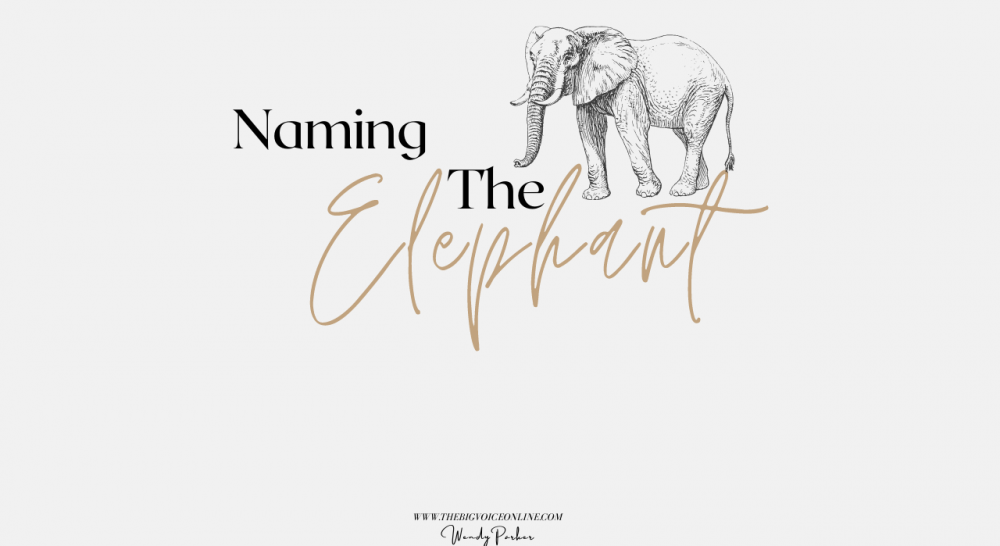 Remember the 1941 classic Disney movie, Dumbo? It was about a little elephant who was named “Dumbo” because of his enormous ears. Even though the little elephant was ridiculed for his big ears, they enabled him to fly. Likewise, the world views the Church as the elephant they’ve decided to call, “Dumbo”. Choosing to ignore or laugh at what it deems to be a dumb, little elephant, who’s ears, and ideas of flying are much too big for its pathetic little body. But, as believers, rather than sit on the fence and go along with the circus crowd by playing down the Church’s significance, isn’t it time we spoke up and named the elephant? Isn’t it up to us to be brave and believe that the very thing that is seen as ridiculous and sets us apart from the world, can help make us fly?

In Stanley Grenz and Jay Smith’s book, ‘Created for community’ they consider what the Church is. The Church isn’t a building, it’s the ekklesia. A Greek term which simply means “assembly”. People who are the called-out ones. The elephants who dare to dream and have ideas that seem too big for the rest of its body and believe that it can make them fly. The world doesn’t know what to make of the ekklesia. Do they cage it, make fun of it, or ignore the elephant in the room completely? Either way, this elephant isn’t going to go away any time soon. It has a name, and it’s called, the Church.

It seems that the more the world grows tired of this pandemic, the more it wants to turn its sticks made up of accusations and assumptions and start poking and prodding at Christ’s Church. As believers, it comes as no surprise. Ever since the early Church foundations were laid in the book of Acts, the Church has come against hostility and persecution. This makes us wonder if the ‘same old thing’ of being a Christian is truly enough for the sophisticated world we live in.

In 1 Kings chapter 18, we find the prophet, Elijah, naming the elephant. He calls out the entire community of Israel to gather on Mount Carmel with the 450 prophets of Baal and the 400 prophets of the goddess Asherah. “How much longer will you sit on the fence, refusing to make a decision between the Lord and Baal? If you believe the Eternal One is the True God, then devote yourselves entirely to Him. If you believe Baal is your master, then devote yourselves to him.” All the people who were gathered together atop Mount Carmel were completely silent. They didn’t know what to say to this. (1 Kings 18:21)

Well, Elijah certainly named the elephant. And the elephant in the room was Israel, God’s chosen people not sticking to who they truly were. They had decided that their faith wasn’t enough. They were lured away and fed into the lie that their faith had to be ‘God and Baal”. They sat on the fence as to what and who they believed in. Elijah wasn’t afraid to call out where Israel was going wrong. A mishmash of what the Eternal God said and what the god Baal said made the people of Israel lose touch in what they believed in. As Christ’s Church we cannot throw everything into the mix and expect the empowerment of the Holy Spirit to guide us. There is no, “Christianity and…”  only Christ. Spiritual maturity is what we should all be aiming for.

In a time of uncertainly and fear, the Church can and will rise up in this pandemic season “For such a time as this”. And even though some of the body of Christ cannot physically meet together, we are still the Church. As believers we are to name the elephant for what it is. It is a gathering of Bible-based believers who are made up of every tribe, every nation, every colour and every creed, who are heading toward the same goal. The Church isn’t perfect, not by a long shot, however, by God’s grace we are changed and changing still. We are not ashamed or embarrassed by the Gospel of Christ because the elephant is regarded as an animal of strength and power.

And finally, the Church will not hide its extremely large ears, because what is deemed by the world as a defect is going to be the very thing that God uses to make us fly.

Have you fallen into the trap of “Christianity and…”?

Why did you believe that your faith wasn’t enough?

Do you want my blogs to drop into your inbox every week? It’s easy, peasy. One click on the SUBSCRIBE button and you’re in!

*does a happy dance*