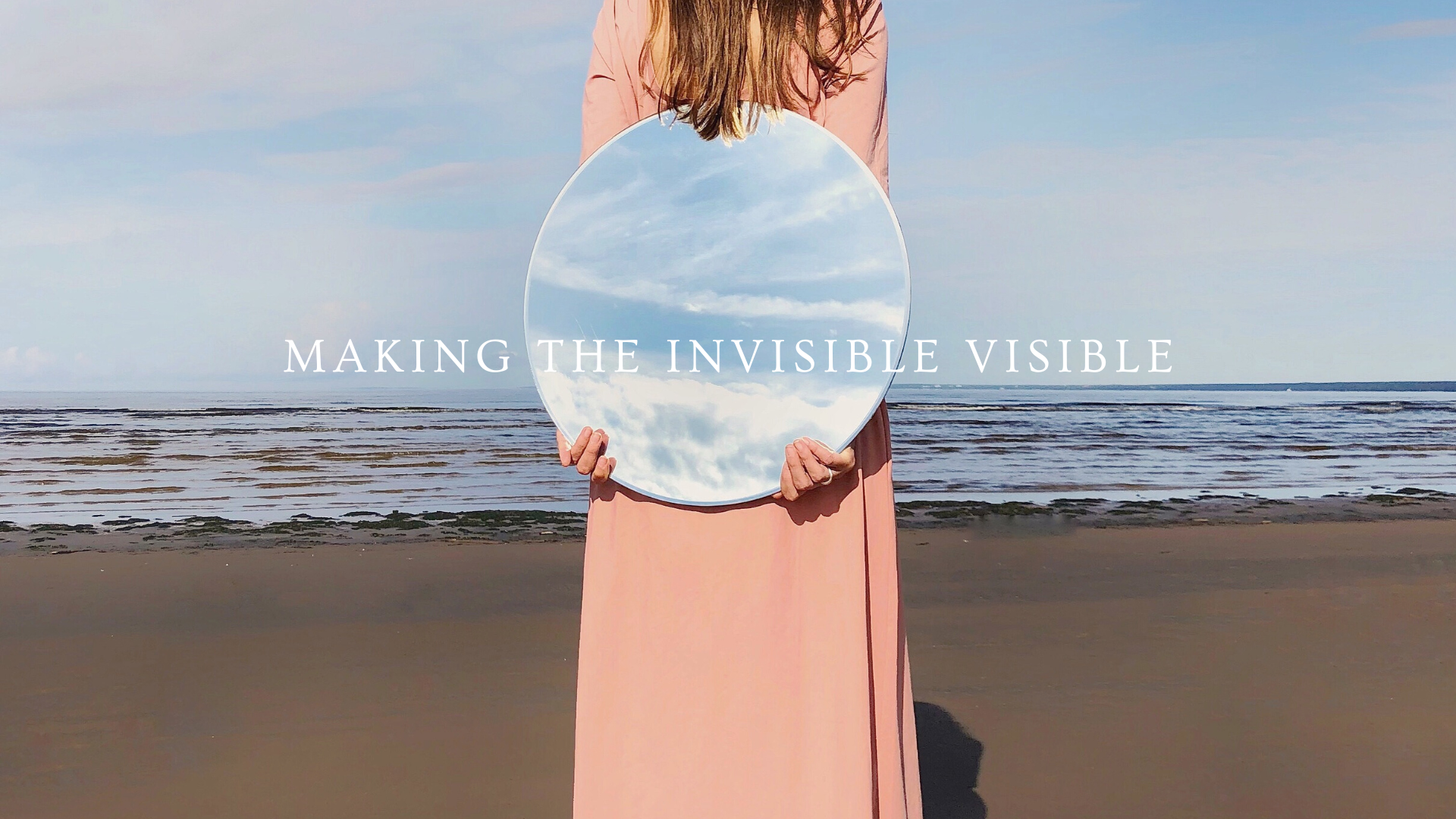 Remember those ‘Magic Eye’ pictures that were all the rage back in the 1990s? The optical illusion caused people to go cross-eyed while staring blankly at a random patterned poster until they suddenly shouted, “I’ve got it! Look, see the giraffe!” as they excitedly pointed at the patterned picture to others who couldn’t see the giraffe or whatever else it was that was hidden in the picture. The trend was all about making the invisible visible, and the trick to seeing the hidden image was to hold the image close to your face and let your eyes stay focused on the random pattern. It’s the same with our relationship with God. He’s always making the invisible visible. But for the picture to be revealed in our lives we need to stay close and focus our eyes on Him.

Making the invisible visible is only revealed when something changes. What once was invisible in the random patterned picture now becomes visible, and as if by magic the hidden image is suddenly made known. Each undetected, undiscovered, and unnoticed part of the picture was always there, to begin with, it never changed, and yet the hidden picture behind the pattern only came into view when our eyes stayed focused, helping them to adapt and to adjust at what they were seeing.

Many people say that they do not worship God because He is invisible. They believe that His invisibility means He doesn’t exist so they will not worship a God unless He reveals Himself to them until He makes known His mysterious ways unless He shows them His will for their lives. However, Ephesians 1:9 says, ‘He made known to us the mystery of His will according to His good pleasure, which He purposed in Christ.’ (Amplified Bible) In other words, from the beginning of time, God unveiled His plan to redeem us, rescue us, and save us from an eternity without Him. Even so, it is only when we stare into what is hidden we become changed. We shouldn’t wait for the picture to change as it is we who need to do all the changing. When we let our eyes focus on God the full picture of His redemptive power, the redeeming grace that once was invisible suddenly becomes visible.

And then all at once our blank stares turn into excitement as we focus on His Word and we suddenly find ourselves saying, “I’ve got it! Look, He’s right there!” Our confusion disperses because we’re seeing the hidden image within the picture. Our doubt swiftly turns to elation as we read the scriptures and see what was once invisible. ‘Because of this my praises rise to the King of all the universe who is indestructible, invisible, and full of glory, the only God who is worthy of the highest honours throughout all of time and throughout the eternity of eternities! Amen!’ 1 Timothy 1:17 (TPT)

Believing He is a nameless, anonymous, inconspicuous God who is always invisible could not be further from the truth. Bill Johnson once said, “The enemy’s attempt is to always lead us into unbelief. Because in unbelief we stand in defiance to His nature and perfect faithfulness.” It’s so true. We will never be able to see the invisible turn into the visible if we’re waiting for the picture to change. God never changes because ‘Jesus, the Anointed One, is always the same – yesterday, today, and forever.’ Hebrews 13:8 (TPT) It’s in our adjustment, modification, and development that God is revealed, making the invisible visible.

To see the invisible turn into the visible, to acknowledge God’s ways and His kingdom we need to be the ones who change. We cannot stare at God’s image all day unless we move closer unless keeping our eyes focused on the patterns that form in our lives. God’s durability, longevity, persistence, and stability mean we can trust God to reveal the picture He has for our lives because He never changes, He always stays the same. Engaging in His nature, His heart, and His love is the only way of making the invisible visible, of revealing the picture, the plan He has for our lives.

Remember that feeling when you saw a ‘Magic Eye’ picture for the first time and then the hidden image was revealed? How has your relationship with God this week made you feel that way?

I pray today that God will keep wooing you, keeping calling you to stay close to Him, to stay focused on Him, so He can reveal the many beautiful things He has for you in the picture of your life. Amen.