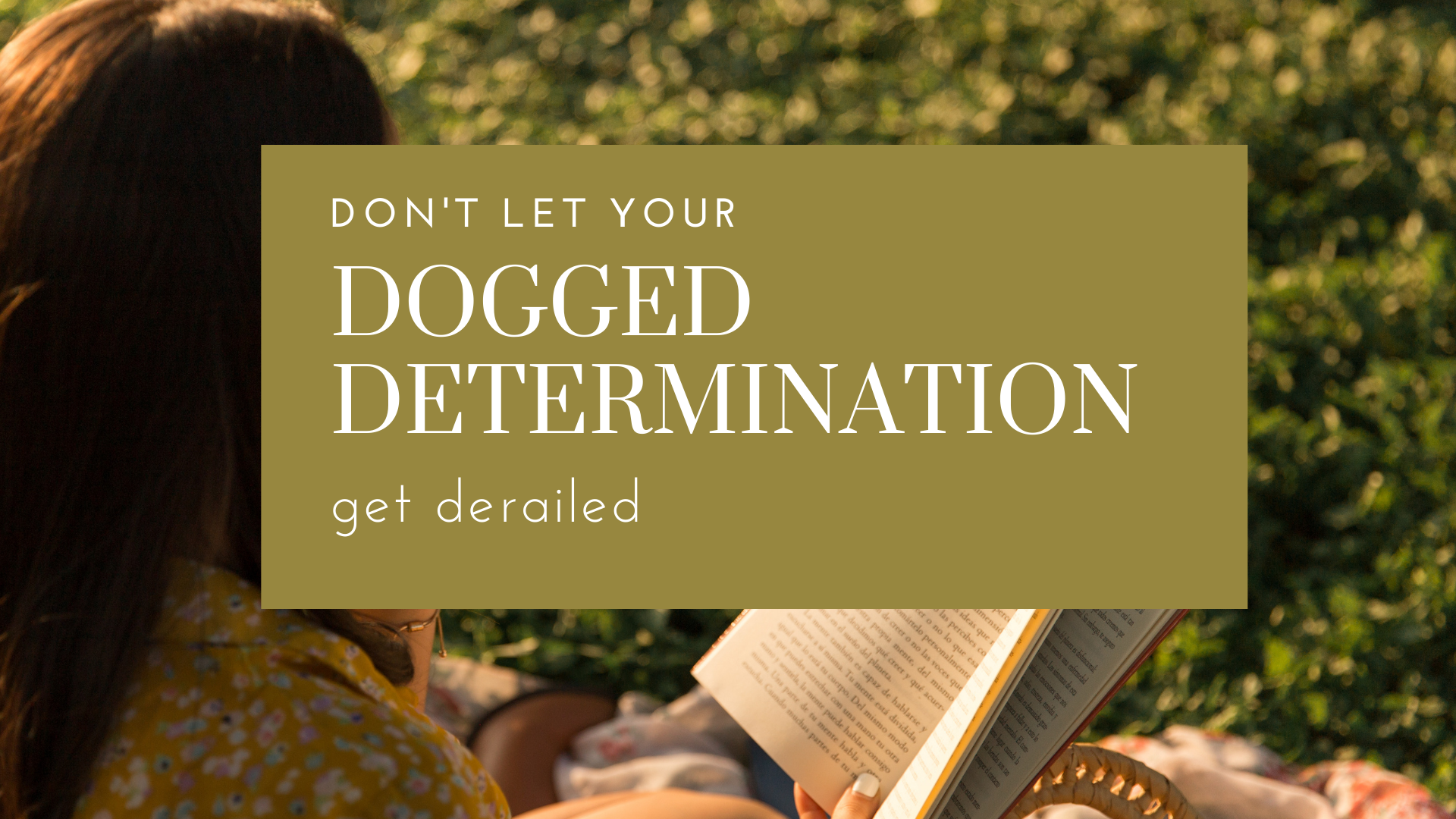 So, you’ve answered the call to adventure, you stepped out in faith, and you’ve told fear to go take a hike. But the steep and winding path toward your dream that was lit up in the first few steps so you could read each signpost now seems to have suddenly gone dark and you feel disorientated and lost.

Weary and exhausted from fumbling around trying to find which way to go, questions start to circle in your head, “Did I hear from God?” “Am I going in the right direction?” “Does this feeling of discomfort ever go away?” This is the moment you either let your dogged determination get derailed or you rise and fight for your dream!

The story of Ruth is about a widow whose situation seemed bleak until she found Boaz, her kinsman-redeemer who helped her play an important role in the family line of Jesus. However, if we peel back the layers of the story, we see a woman whose dogged determination earned her a place in the history books because she chose not to give up on her dream.

‘Then they wept aloud again, and Orpah kissed her mother-in-law [goodbye], but Ruth clung to her. Then Naomi said, “Look, your sister-in-law has gone back to her people and her gods; turn back and follow your sister-in-law.” But Ruth said, “Do not urge me to leave you or to turn back from following you; for where you go, I will go, and where you lodge, I will lodge. Your people will be my people, and your God, my God…When Naomi saw Ruth was determined to go with her, she said nothing more’ [Ruth 1:14-18]

Widows in the ancient world lost all social, political, and economic status if their husbands died prematurely, so Naomi’s encouragement to make Ruth go back home to try and secure a decent life seemed reasonable. In our modern world, Ruth would have had the same prospects as a homeless person begging on the streets, so it made perfect sense for her to go home with her sister-in-law, Orpah.

If Ruth took the gamble and decided to follow Naomi, it could make her plight even worse. Nevertheless, Ruth’s dogged determination reminded her to not look for a quick exit like her sister-in-law, Orpah, but to keep moving forward even though her circumstances toward her dream of finding a kinsman-redeemer looked grim.

It’s easy to read Ruth’s story, knowing her commitment to Naomi was the catalyst to her ‘happily ever after story’ with Boaz. But at the time, Ruth didn’t have the privilege of knowing the end of her story. She probably felt just like you do now, wondering whether she was making a mistake by deciding to step into this bold move. Perhaps she was afraid that her dogged determination was just a cover to disguise her pride because she couldn’t accept what seemed like ‘sensible feedback’ from the people that loved her.

But God never said that your dream wouldn’t have dark moments. He never told you that you would feel lonely at times and that sometimes it won’t be easy. He just wanted a “yes” from you. A commitment that said, “I’m all in, God.” A dogged determination that wasn’t going to get derailed easily from well-meaning, well-intentioned, comfort zone loving people who believe they know what’s best for your future and not God, and maybe you’ve just got all this dream business wrong.

Benjamin Franklin once said, “If Columbus had turned around, nobody could have blamed him. But if he had, nobody would have remembered him.” Ahh, so true. Notice the book wedged between Judges and First Samuel isn’t called Orpah? Nobody blames Orpah for kissing her mother-in-law goodbye and returning to the safety of home. That was her path. Nevertheless, it was Ruth’s dogged determination to keep pursuing something that she couldn’t see in the natural that caused God to name a book after her in the Bible!

When you get a real revelation from God [your kinsman-redeemer] in your soul about your dream and you commit to it, it doesn’t matter whether the path is lit up or not. You’re not too worried if there hasn’t been a signpost for kilometres/miles. It makes no difference if every ‘comfort zone’ person you know tries to get you to go home because it’s the safest thing to do. If everything seems against you then so be it if that’s how it’s going to be. You’re ok with all that because you will get to a point where your dogged determination is in complete trust with God and cannot be derailed. He is looking for the person who tells him, “Where you go God, I’ll go” regardless of circumstances.

Remember, you’re all in, right?! None of these things will ever derail your determination to see your dream being fulfilled if you’ve committed to not giving up on it.

If you believe you have been called by God to a higher purpose, then don’t let your dogged determination get derailed!

Where have you seen someone try to derail your dogged determination to fulfil your dream because they were afraid of what your future will look like, instead of trusting God with your future?

I pray today, that you will keep looking toward the bigger picture of your dream. To see that comfort zones only help yourself, but your dreams will help others. I pray that your commitment to God [your kinsman- redeemer] and the dream He placed in your heart will be fulfilled regardless of what your circumstances look like.