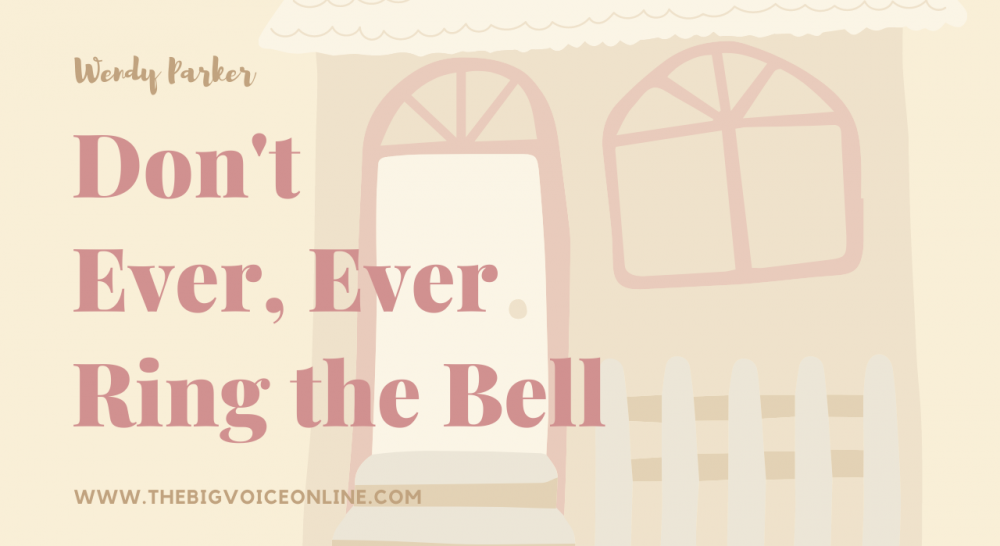 Don’t Ever, Ever Ring The Bell

So, you want to quit? You’ve questioned, hesitated and rationalised what your dream is going to look like, and you’ve started stepping into what God has called you to do. However, you’re completely exhausted and you’ve just about reached breaking point, and it’s going to take what little strength you have left to crawl toward that bell and ring it three times. Just like a navy SEAL, you’re announcing to everyone that you’ve “volunteered out.”

But here’s the kicker, dear friend. Your dream will only be a dream if you chose to ring the bell now.

DON’T EVER, EVER, RING THE BELL

Remember that scene in Star Wars, The Force Awakens, where Unkar Plutt (No, I’m not THAT nerdy, I had to look the character’s name up. Well…I may be a little nerdy). Anyhoo, Unkar is willing to trade Rey a whopping 60 portions for the droid, BB-8. Now, Rey has to decide. Will she take the 60 portions of food for herself and forget about the droid because food portions are scarce, and she needs to survive? Or will she refuse the short-term gain for something better? Well, we all know how it turns out. The BB-8 leads her to the answers she is seeking about who she truly is. However, Rey needed to eat, and she could have rung the bell by giving up the droid and taking the food portions, but she decided that her dream was worth more than that, so she held out for more.

You may not have a BB-8 droid following you around right now whom the Empire is searching for, but we do have traders like, Unkar Plutt, trying to get us to settle for less than what God promised us. The lure of a quick gain entices us into ringing the bell on our calling and settling for what’s “comfortable” over going for the cliff edge of “yikes!” at every turn.

‘Look at what I’ve done for you today:
I’ve placed in front of you
Life and Good
Death and Evil.
And I command you today:
Love God, your God.
Walk in His ways.
Keep his commandments, regulations,
and rules so that you will live, really live,
live exuberantly,
blessed by God, your God,
in the land you are about to enter and possess.’ [MSG Bible]

God has placed in front of you, life and good, death and evil. So how do you stop yourself from ringing the bell? How do you build up enough strength to keep going when it gets tough and uncomfortable?

Well, it tells you right there in Deuteronomy. Love God, walk in His ways and keep His commandments, regulations and rules. Sounds costly. Yes, it is. But even Jesus says in Luke 14 verses 28-30 that we are to count the cost. ‘Just imagine that you want to build a tower. Wouldn’t you first sit down and estimate the cost to be sure you have enough to finish what you start? If you lay the foundation but then can’t afford to finish the tower, everyone will mock you: “Look at that guy who started something that he couldn’t finish!”  Don’t ever, ever ring the bell because no one wants to be ‘that guy,’ right?

Like the Israelites, God has already given you the land you’re going to possess. Get creative and be inventive. Start looking for the BB-8’s that are sign posts to where you need to be. Stop trading with Unkar Plutt for 60 measly food portions. Because no matter how many portions of food he’s offering you, it’s still too cheap for you to trade in your dream.

Rey was told by Kylo Ren over and over that she was a nobody, but she refused to listen to him. Your enemy will whisper that you’re a nobody because secretly he is afraid of you. You’re more powerful than you know, dear friend because the whole of heaven’s armies and God’s authority are backing you up!

So, keep going and don’t you ever, ever ring that bell!

(The force is strong with this one)