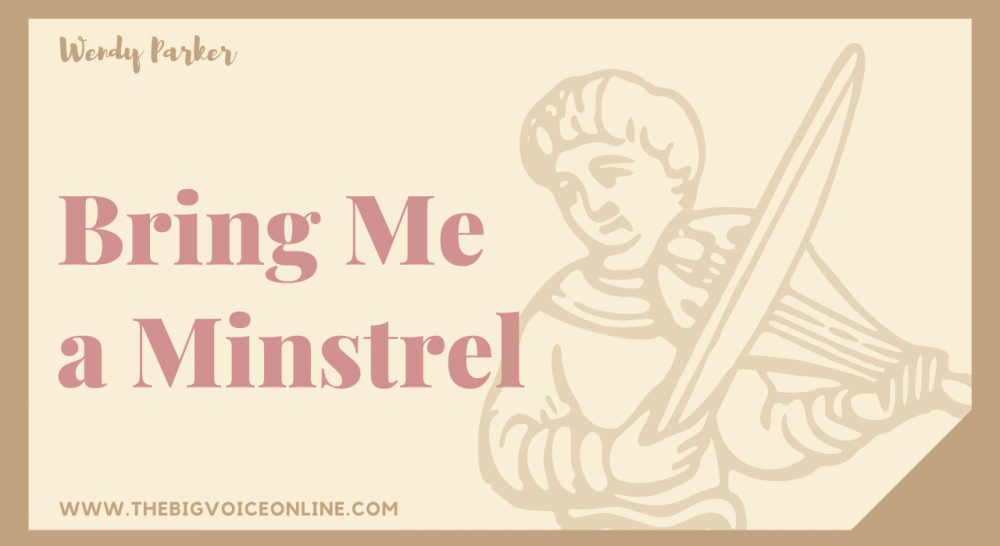 Bring Me a Minstrel

Do you feel like your life is going through the badlands at the moment? Do you find the uncertainty of this year’s circumstances challenging? Well, I have some good news, my friend, you are not alone. This post will help you to focus on God and give you the faith to see His provision over your circumstances. You just need a minstrel…

If you’re asking yourself, “What is a minstrel?” Well, a minstrel was a medieval poet and musician who performed to a noble household, they were also used for divine worship too. So, a minstrel was the equivalent of a modern-day worship leader who welcomed in the presence of God. In 2 Kings chapter 3, the prophet Elisha asked someone to, “Bring me a minstrel” when he needed God’s provision to help an army.

Three kings needed a miracle. The king of Israel, the king of Judah, and the king of Edom had joined together because the king of Moab had rebelled against them. They set off with all their troops and horses, wondering which route to take. They decided to take the route of the badlands of Edom. This was a big mistake because after seven days they’d ran out of water. Both the army and the animals were as good as dead unless God showed up and provided a miracle. Then one of the kings said, “Isn’t there a prophet of God anywhere around through whom we can consult God?” These kings needed to get unstuck quickly otherwise they were going to perish.

I love the fact that they were all leaders but didn’t argue who was in charge. They approached this dire situation as a team. However, when they met Elisha, he wasn’t very impressed with the three king’s leadership skills. “What do you and I have in common? Go consult the puppet-prophets of your father and mother.” 2 Kings 3:13 MSG. Ouch! That remark is gonna sting a little.

Undeterred, the king of Israel persisted, claiming it was God who’d got them in this fix in the first place, so it was up to God to get them out of it. Wow, this king was a little “hangry”. However, let’s not judge him too quickly. These kings were super thirsty, probably really tired and knew defeat was looming, so they needed to blame someone for leading them into the badlands! I don’t know about you, but I tend to play the blame game when I’m tired, thirsty and needing to see a breakthrough in my circumstances. This is where “hangry” is not going to work. We need to let the minstrel or worship leader play so that the music brings the presence of God into our situation.

‘Elisha said, “As God-of-the-Angel-Armies lives, and before whom I stand ready to serve, if it weren’t for the respect, I have for Jehoshaphat king of Judah, I wouldn’t give you the time of day. But considering – bring me a minstrel.” (When a minstrel played, the power of God came on Elisha.) 2 Kings 3:14-15 MSG Bible.

After Elisha’s worship service with the minstrel, God’s word came to him. “Dig ditches all over this valley. Here’s what will happen -you won’t hear the wind, you won’t see the rain, but this valley is going to fill up with water and your army and your animals will drink their fill.” (Verse16-17)

Worship music is so powerful and engaging that the songs can help you gain a new perspective in a tough situation. A heavenly perspective. And as you worship, you won’t hear the wind or see the rain of provision over your circumstance because you’ll be focusing too much on God. The dry valley which you’re standing in will start to fill up. Worship music empowers and enables heaven’s armies to fight the battle in the supernatural realm. Not only did the three kings armies and all their animals have plenty of water that day, God actually performed another miracle and turned the Moabites, who they were going to fight, over to them.

When we decide that we are not going to let our circumstances determine the outcome and we decide to put on some worship music regardless of our situation, we are letting God fill up our thirsty hearts. Just watch how He not only gives you water to sustain you, but He will deliver you from your enemies and turn your circumstances completely around.

So, let the minstrel play on!