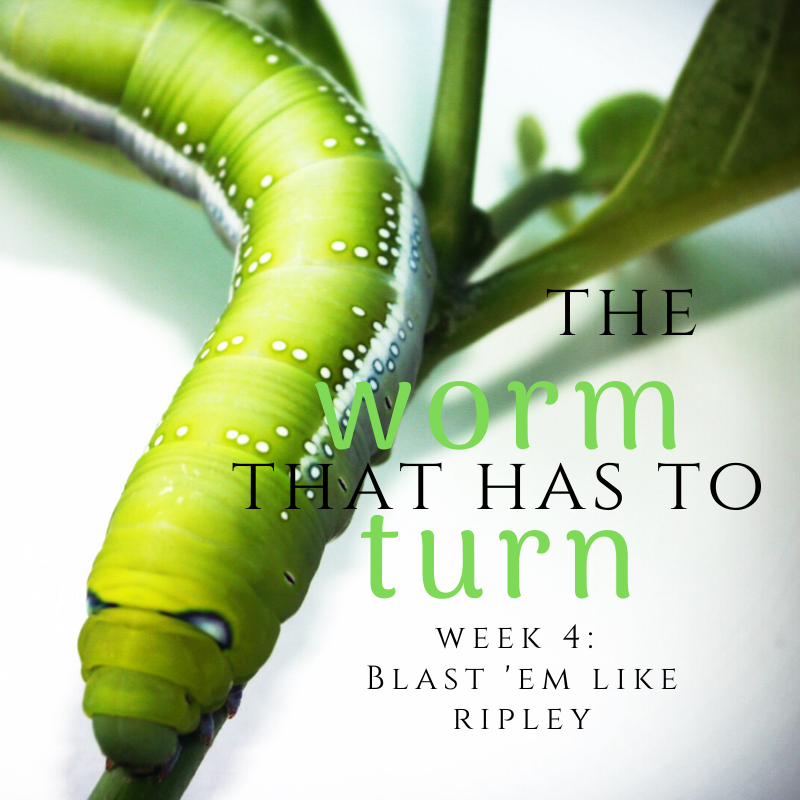 Wanna know the truth about you? Yes you, right there, reading this blog post. The truth is you have learnt in this series how your enemy sends pesky pestilence to destroy you and will not stop until every caterpillar, cankerworm and palmerworm have had their fill on your marriage, finances and relationships. However, let’s not get all cocky just yet. Because while you’re sitting there with your gun hanging off your shoulder, looking all badassery, (thanks Brené Brown for that awesome word) thinking you’ve blasted those mother worms to smithereens like Ellen Ripley in a scene from Alien, Satan has one more trick up his very dark sleeve.

Get ready for him to attack your identity

^^What a mum looks like when the worms are trying to attack your kid’s identity.

Let’s go way, way back in the Bible. 1 and 2 Kings? Nope. The book of Joshua? Not even close. How about Genesis? Bingo! Genesis chapter 3 to be precise. It reminds us that, ‘the serpent was more cunning than any beast of the field which the Lord made.” A beast that is more cunning than a caterpillar, cankerworm or palmerworm? Tell me more…

Satan never attacked Eve outright because that would have been way too obvious and it’s not Satan’s style at all. He is a cunning beast remember, and so he deceived her first with his poker face questions before revealing his ace card. “Has God indeed said, ‘You shall not eat of every tree of the garden’?” Genesis 3:1. That question was more loaded than fries with bacon, cheese, garlic and aioli

^^ What you sneak into the movies because you don’t want to pay for overpriced popcorn.

Satan attacked Eve’s identity. It is very interesting that he went for her identity first, don’t you think? That creepy, low life, cankerworm went straight for the kill and never skipped a beat. However, there’s one more thing about Satan you need to understand; if something worked on you the first time then he’ll just keep doing it. Like Hollywood making the Alien V’s Predator movie. (Just stop already)

This is your biggest advantage against that cunning worm, understanding that he’ll try the same tactics on you time after time (like Hollywood producers). So when he loads his forked tongue with questions about your identity, you can just fire Scriptures back at him like Ellen Ripley in the last scenes of Alien.

^^Take that you lowlife worm!

Out of bullets? Here’s how you reload your weapon…

Get God’s Word into your soul so when (not if) when Satan attacks your identity, you can pepper him with shots that will make Ripley look like an amateur.

Here’s some ammo to get you started:

1 Peter 2:9 ‘But you are a chosen people, a royal priesthood, a holy nation, God’s special possession.’

Jesus didn’t have a class-2 rating to drive a yellow power loader into the wilderness when Satan tempted Him for forty days saying, “Well, somebody’s gonna have to go out there.” If He did, let me know because I don’t know what Bible you’re reading but mine says that He just started each sentence with, “It is written…”

“…Their army is strong; their numbers cannot be counted. They attack with teeth as sharp as a lion’s; they bear their fangs like a lioness. My vines are ruined. My fig trees are reduced to stumps now. These enemy insects have stripped off the bark and tossed My trees aside like refuse. The branches lie bare, broken and white.”Joel 1: 6-7 (The Voice)

Not on my watch!

I’d love to hear from you if this series has taught you something valuable. So why not shoot me a message (like the badass Ellen Ripley that you are) in the comments box below and let me know your best bits and tell me how this series has helped you stand against those pesky pestilent pests!