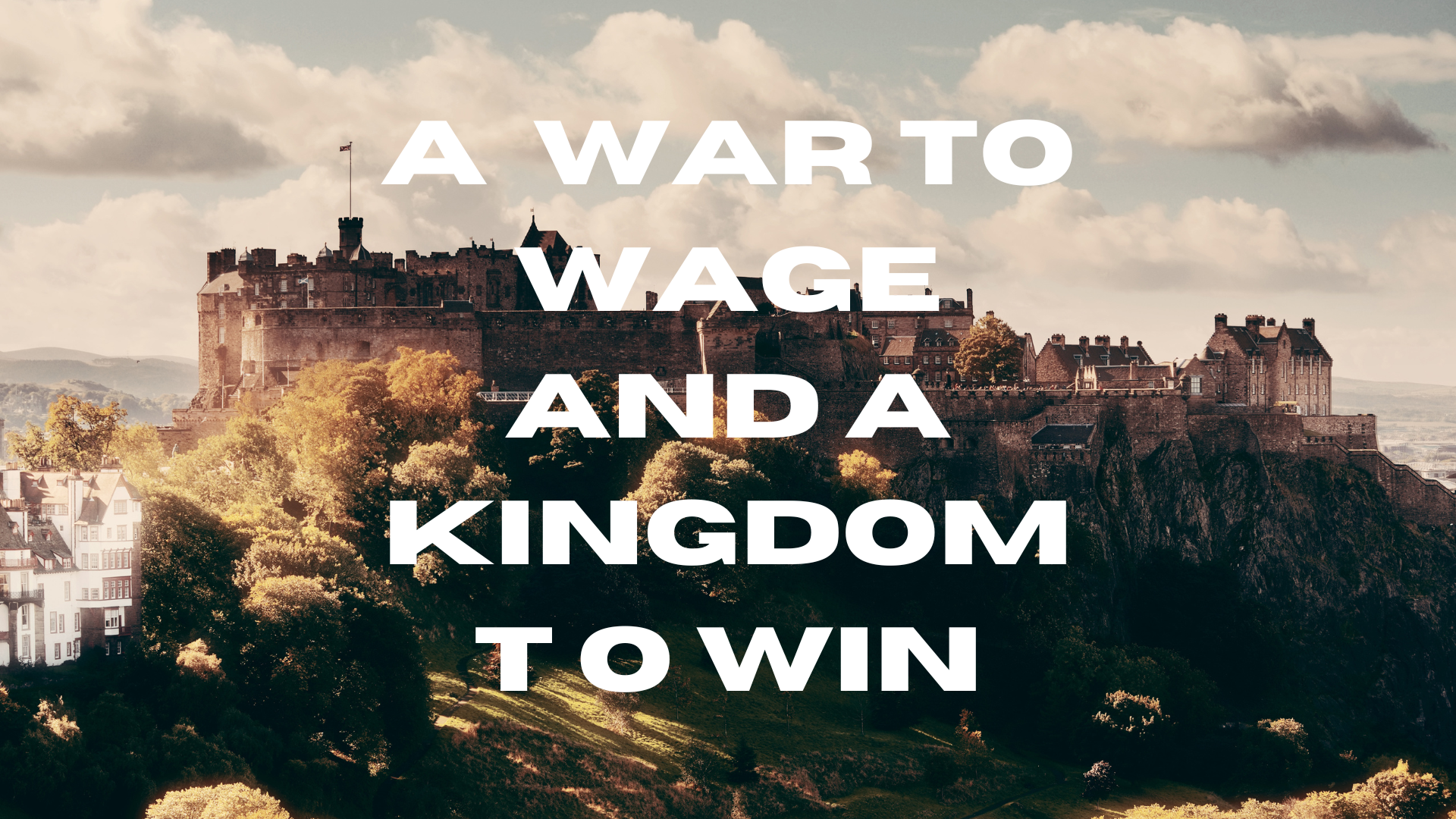 A War To Wage And A Kingdom To Win

Some days seem to go great and we get everything right. The birds are singing, the sun is out and life is good. However, some days feel like a struggle, a fight, a battle. It’s like there is a never-ending assault on our thoughts where the enemy is hellbent on his operation to bring on us a spirit of fear. He knows that anxious thoughts cause us to be afraid, to shrink back and become jittery about our future and when that happens we lose our footing, our stance, our confidence on the battlefield when we know there is a war to wage and a kingdom to win.

Distorting the truth of who you are and Whose you are is what the enemy is good at. He whispers that God has discarded and deserted you because of your lack of confidence, making sure that the spirit of fear raises the alarm within your soul so you raise the white flag in surrender to the fear that wraps around your thinking like a boa constrictor. But there is good news, my friend, you don’t need to worry because there is more on our side than on their side.

In 2 Kings chapter 6, we read about the king of Syria ready for war against Israel. ‘Now the king of Syria was making war against Israel; and he consulted with his servants, saying, “My camp will be in such and such a place.” And the man of God sent to the king of Israel, saying, “Beware that you do not pass this place, for the Syrians are coming down there. Then the king of Israel sent someone to the place of which the man of God had told him. Thus, he warned him, and he was watchful there, not just once or twice.’ 2 Kings 6:8-10

The troubled king of Syria wondered who was the spy telling the king of Israel his secret plans. But one of the servants figured out that it was God telling the prophet, Elisha, who was in Israel who told the king about the impending war. So, what did the king of Syria do? He sent horses and chariots and a great army under the darkness of night and surrounded the city. And then what happens? The spirit of fear gets on and into the servant’s thinking after seeing all the horses and chariots that were surrounding them.

“Alas, my master! What shall we do?” So, Elisha answered, “Do not fear, for those who are with us are more than those who are with them.” And Elisha prayed, and said, “Lord, I pray, open his eyes that he may see.” Then the Lord opened the eyes of the young man, and he saw. And behold, the mountain was full of horses and chariots of fire all around Elisha.’ 2 Kings 6:15-17

Like Elisha’s servant, we see no way we’re going to defeat the spirit of fear because it reminds us we are surrounded. That’s because we are looking with our natural eyes instead of our spiritual vision. We listen to the battle cry of the enemy, “My camp will be in such and such a place” and then the spirit of fear takes a hold of our thoughts because the enemy has infiltrated all our such and such places in our minds. Notice the prophet, Elisha tells his servant not to fear first, then he prays for his servant’s eyes to be opened so he may see instead of telling him to keep calm?

If like the servant, we could just catch a glimpse into the supernatural realm of what surrounds us when we feel like we’re surrounded by the enemy, we would never be fearful, we wouldn’t need to be reminded to keep calm and carry on, as the mugs, tea towels and tee shirts tell us to. We just need faith that God has got our backs.

Faith proceeds the victory. Faith is the latch on the gate we open when we step out onto the battlefield. Faith is knowing deep in your soul that the battle is the Lord’s because it is these thoughts that help fan our confidence, it solidifies our conviction and equips us for the fight when there is a war to wage and a kingdom to win.

So, why this title? Well, a war to wage and a kingdom to win were words that stood out to me when I was reading Evelyn Underhill’s prayer book.  She prays a prayer for service that equips us for warfare, gets us prepared for the battles, and helps us to see the truth when we feel that the enemy is surrounding us with his horses and chariots that are covered in fear.

‘O God who has appointed for all Your children a war to wage and a kingdom to win, accept and fit us, we pray, for Your service…give to us the Spirit, not of fear, but of power, of love, and discipline. Lead us to the battlefields which You have prepared for us and meet us there with the comfort of Your help…’

Underhill prays 2 Timothy 1:7 when the enemy wants a war, ‘For God has not given us a spirit of fear, but of power and love and a sound mind.’ She understood that to gain control of those fearful thoughts that cause us to become dishevelled, disordered and disjointed we need to pray. Those thoughts that cause us to focus on the enemy’s horses and chariots that look like there are surrounding us on all sides, believing they are outnumbering us, and outsmarting us are when we need to open our spiritual eyes.

We cannot operate on the battlefield when we have been given a spirit of fear by the enemy, we need to instead inhabit God’s Spirit of power and love, of which the outcome is a sound mind. We need to expose and unearth the spirit of fear so we are ready to fight from God’s strength, from God’s joy and God’s victory when there is a war to wage and a kingdom to win!

Do you battle with anxious thoughts throughout your day?